So it's been over two years since I retired from the software business.  The time has really flown by on the one hand, and on the other we have visited and explored so many amazing places, it feels like ten years.  Even though I have enjoyed keeping this blog and taking pictures, there has been a bit of a vacuum in terms of being a part of an organization with a mission and interacting with people besides Lynnae, Tucker and random campers. Instagram has brought a lot of things into my life that are good (thank you, Jeff!) and one of the best has been being discovered by the Outdoor Project.

The OP is trying to build the premier web site for helping people get outdoors and find adventure in our wonderful mountains, deserts, beaches and other natural places.  They combine high-quality photography with original maps, GPS tracks and guidebook-level commentary and information.  I have been a contributor to the OP for about three months now and have become one of their top outside contributors.  I have learned a lot about travel writing and photography and have thoroughly enjoyed seeing my photographs on such a high-quality site.

The site is also a great resource to anyone traveling in the west, particularly the Pacific Northwest, where the OP is based and where most of their content is focused.

Just an hour from Canyonlands, Arches National Park is very different in many respects.  It is comparatively tiny in size; where Canyonlands is all jagged canyons, cliffs and precipices, Arches is mostly rounded and weathered; in Canyonlands you look down on the views, in Arches you walk under and among the rock features.  Both beautiful in their own way.

We camped right in Arches and were able to hike around a lot, exploring many arches, fins and other interesting sandstone features.  Arches was also pretty crowded compared to Canyonlands and we had to get a little creative to avoid the buses full of Japanese tourists. But we found amazing things and did hikes where we saw fewer than five people in several hours.  You can see much of Arches in a day, since many of the most famous features are short hikes from the park road, but to really get into this place, we felt like a week wasn't enough, so we have already booked ourselves back there for a week in October!


Posted by ClamPuddingPaddler at 8:04 PM No comments:

After our interlude in Provo, we were itching to get back to the wonderful parks of Utah.  Next on the itinerary was Canyonlands, Dead Horse Point, Arches and the La Sal Mountains--all in eastern Utah in the general area of the Colorado River.  We camped in Dead Horse Point, which is a tiny tongue of land surrounded by the Colorado River on one side and the Green River on the other.  It is just a short way (as the crow flies) from Canyonlands Island in the Sky district, but there is about a 1,000-foot canyon between them.  In fact, this part of Utah is just a huge (REALLY huge) maze of rugged canyons that is basically uninhabited for hundreds of miles.  The views are just tremendous.  Dead Horse Point has a six-mile loop trail that circles the point and it has to be one of the most scenic six miles anywhere.  Here are some highlight pics of the canyon views. 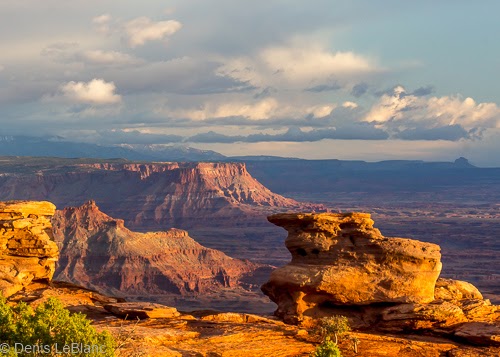 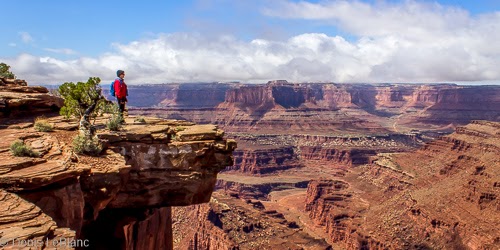 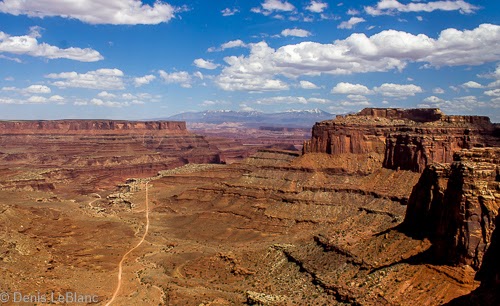 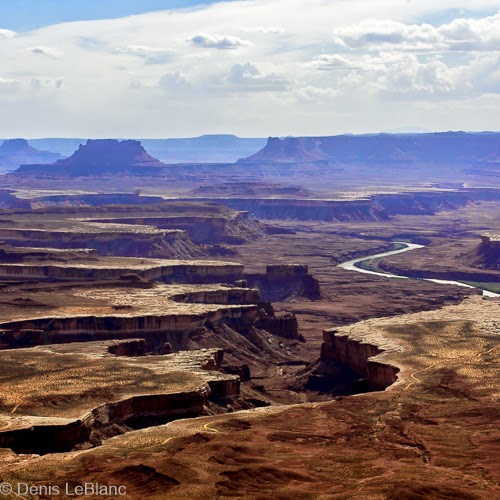 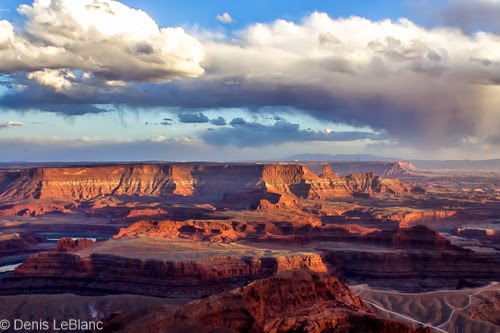 There are some really interesting places to hike to in Canyonlands and two highlights were Aztec Butte and the False Kiva.  Aztec Butte has some fascinating ancient Puebloan granaries tucked away on a rock ledge and the hike there offered some great views.  The Puebloan people lived in the Colorado Plateau for thousands of years and mysteriously abandoned their stone dwellings around 1250 AD.  There are tens of thousands of them hidden in the canyons of Utah, Colorado, New Mexico and Arizona and I liked to seek them out for photography. 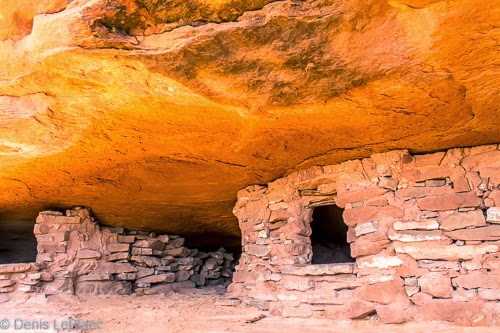 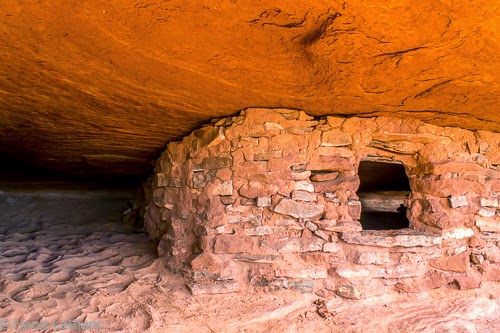 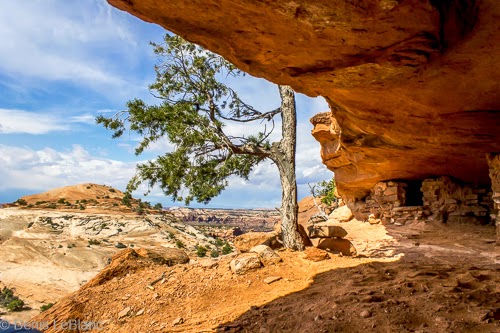 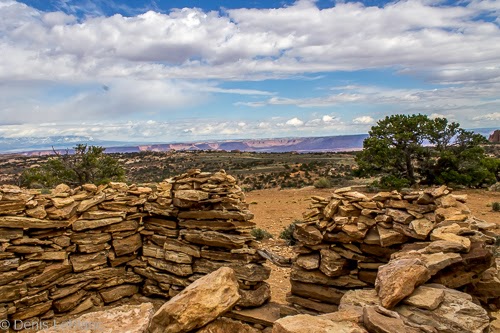 The highlight of my time at Canyonlands was the hike to the False Kiva.  This is an archaeological site that has become quite recognized because of some beautiful photographs taken there that have become iconic images of the Southwest.  It is not a difficult hike, but it is unmarked and requires some scrambling in steep canyons.  While hiking out there, a thunderstorm came up and was quickly approaching as I hurried to get to the False Kiva site, which is a small cave (I found out later that caves are not the best place to be in an electrical storm, but it all turned out ok).  I ducked into the kiva cave just as the rain started coming down in sheets.  Thunder was booming off the canyon walls and lightening was streaking across the sky to the south.  Soon waterfalls began to cascade down the canyon walls all around me.

Finally the rain stopped and the clouds started to part, the sun shining lighting up the cave and the canyons beyond. 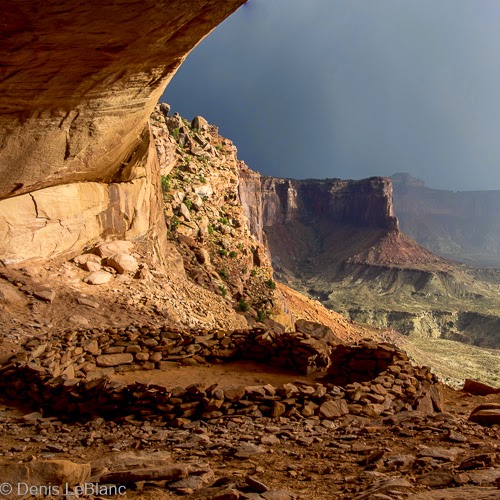 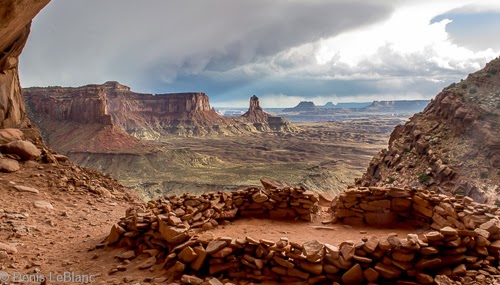 I walked back up from the Kiva in awe of what I had just experienced.  But the day had one more amazing sight in store for me.  Just a few miles from the Kiva trailhead  is the Green River overlook and I thought I would check out the sunset from there.  I think the pictures describe it better than any words can. 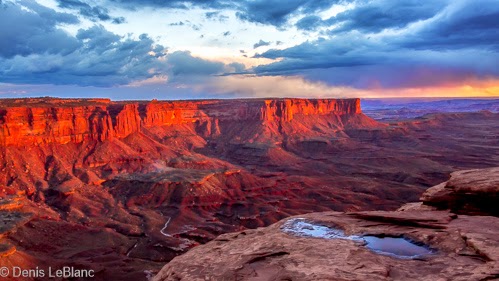 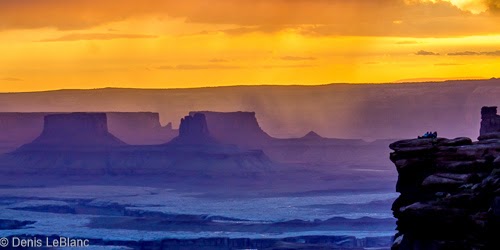 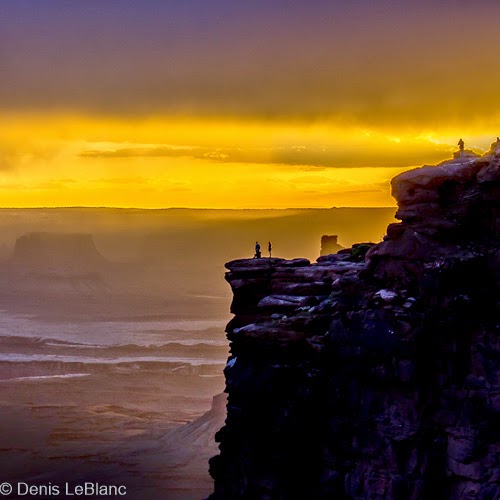 To see the full gallery of Canyonlands shots, check out my Google+ album.
Posted by ClamPuddingPaddler at 7:43 PM No comments:

Our plan was to spend a week and a half in the Orem/Provo area of Utah visiting my brother, Ron, his wife and several of his kids, my nephews and their families.  We got a pretty decent campground in Provo and really enjoyed our stay there.  Lynnae had a bunch of doctor's visits set up and we both had a teeth cleaning.  Lots of maintenance.  We didn't do much sight-seeing but we did take a ride up into Provo Canyon and I got out to shoot one evening at both the Mormon temple in Provo and a Hindu temple in Spanish Fork.  The Hindu temple (specifically the Radha Krishna Temple) is very beautiful and I thought the setting below the Wasatch Mountains looked a little like Tibet or India. 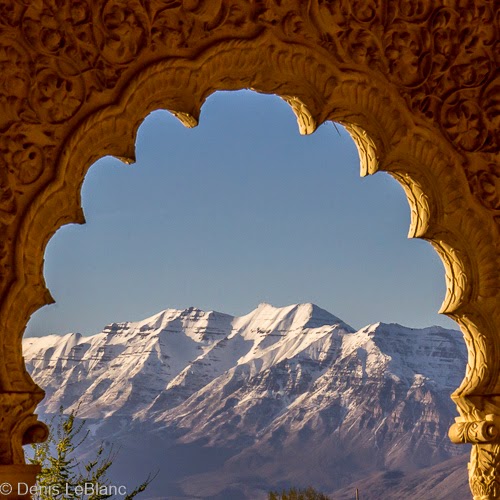 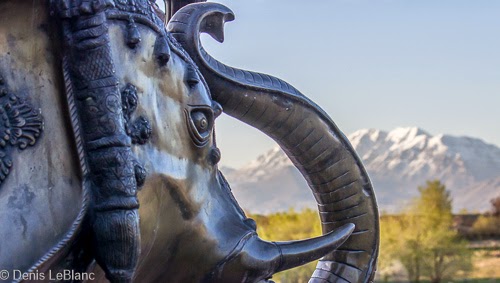 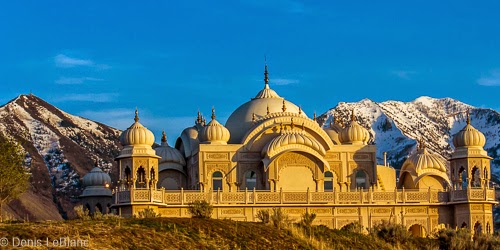 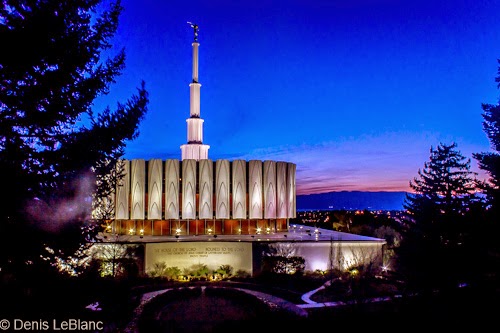 Posted by ClamPuddingPaddler at 6:42 PM No comments:

A Walk on the Wild Side with Talking Tree

One of the biggest rewards for me since becoming active on Instagram six months ago is the opportunity to meet and shoot with other photographers.  I joined an Instameet in San Diego and shot at night in the desert a few times with Dustin George in Phoenix.  But the most unusual and thrilling for me was the chance to meet and shoot with Nathan Cowlishaw (@talking_tree on IG) in Cedar City, Utah.  Nathan is an excellent photographer with a unique vision of the world and a vast knowledge of the desert, native American culture, UFOlogy and the southern Utah area.  We spent a morning with Nathan that he graciously gave us out of his busy schedule preparing for a four-month, 10,000-mile photo journey throughout the Southwest (check out www.talkingtree.org).

Nathan loves to shoot rural decay and the interaction of man and nature in his home area.  He took us 25 miles out a dirt road to see Lund, a decaying old railroad town that used to serve tourists going to Zion National Park before there were roads in there.  On the way out we saw a small antelope herd and a beautiful stark countryside very different from the national parks of the area. 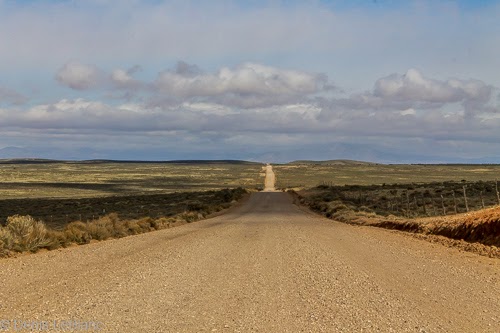 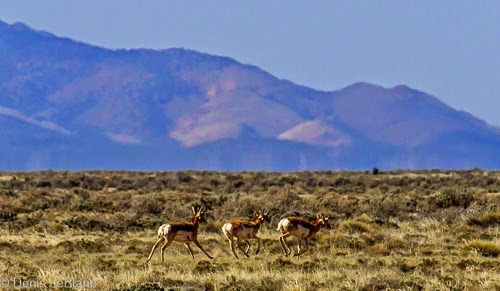 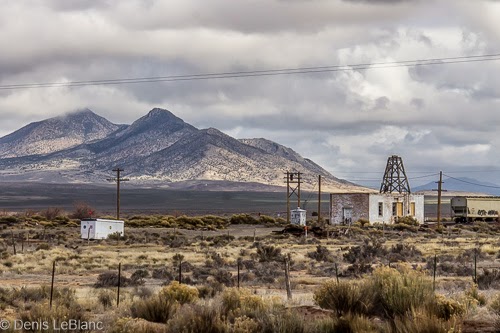 When we got to Lund, we explored some abandoned homes and yards and talked to Nathan about his upcoming road trip and the UFO conference he is organizing for August.  He also took us to a strange spot with dead pig heads on fence posts. A very interesting man to say the least! I wish him well on his adventure and will follow his blog as he travels. 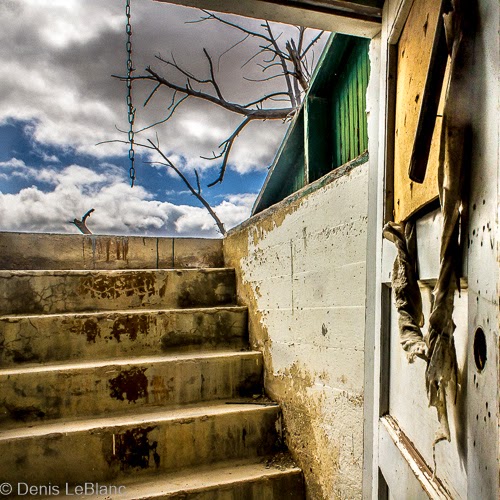 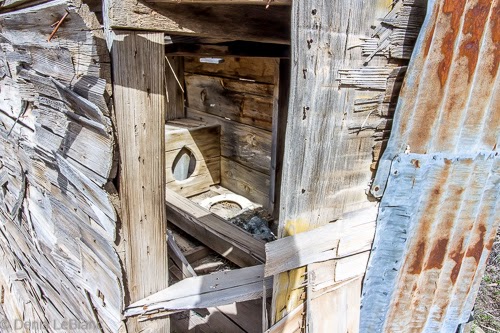 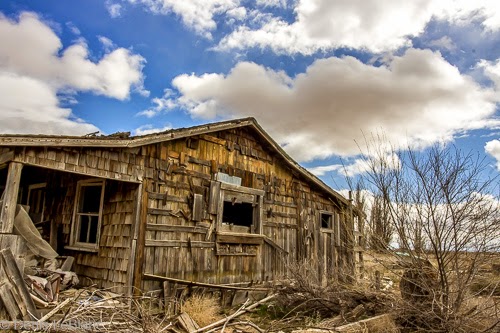 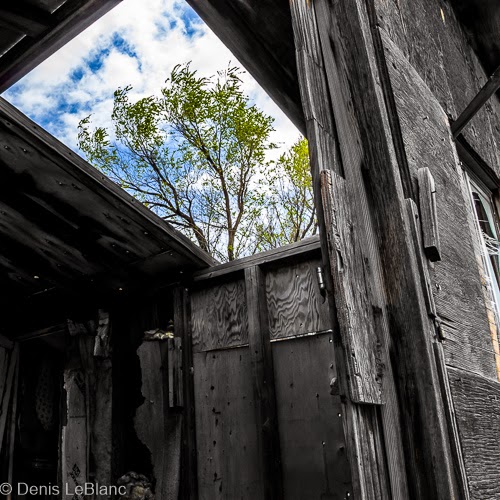 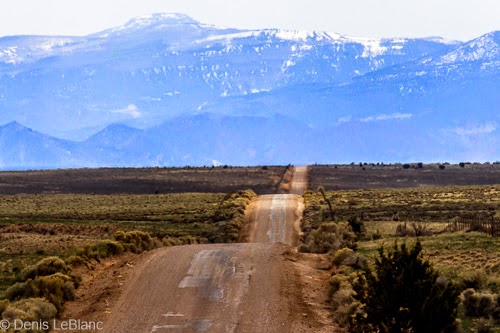 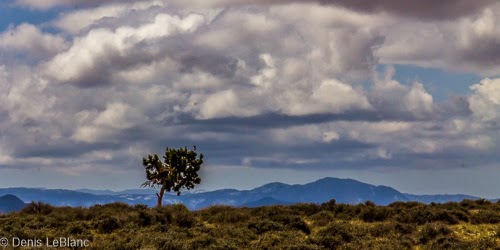 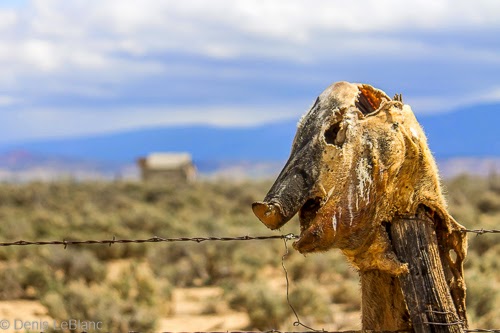 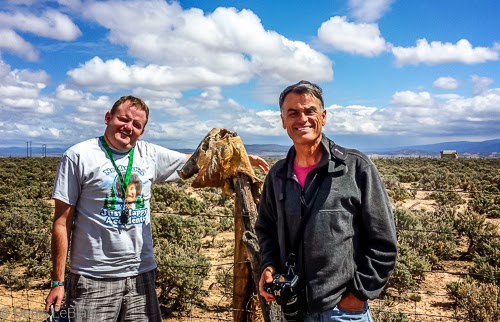 Posted by ClamPuddingPaddler at 7:58 AM No comments: