We only had a few days left in the Mammoth area before we had to head down to Sacramento, get our refrigerator fixed, shop for flooring and some other stuff.  We had been stuck at home because of afternoon showers frequenting the area and we just needed to get out more.  So we drove a bit to the south on 395 to get to a trailhead that sounded great.  At over 10,000 feet, this trailhead would quickly bring us to the high lakes in appropriately-named Little Lakes Valley.  And what a marvelous trail it was in so many ways.  We were treated to one lake after another and spectacular vistas of the Sierra crest beyond. 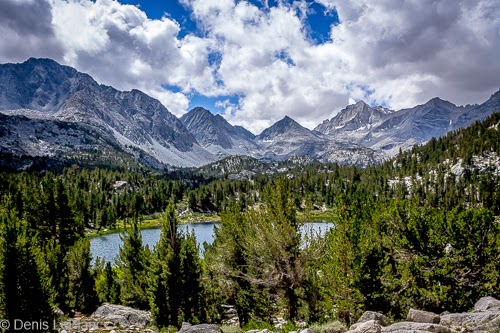 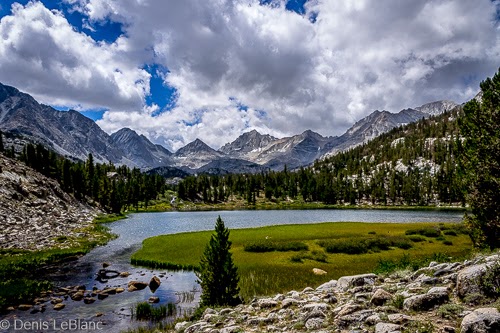 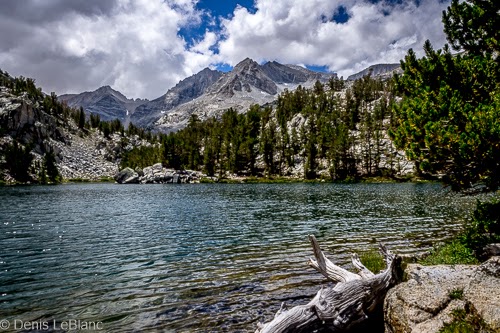 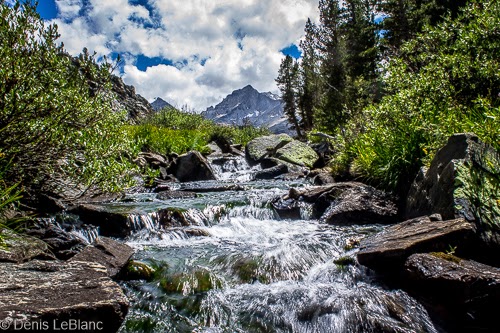 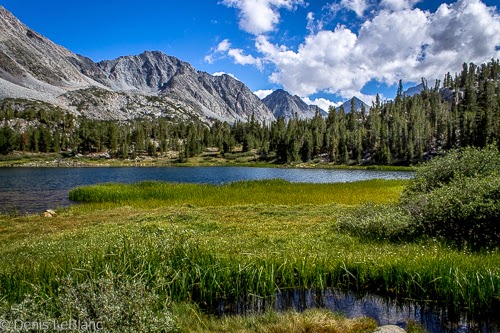 Wanting to stop for lunch after hiking about two hours, we saw a little lake without a name on the map just over the ridge to the left of the trail.  And what a pretty little lake she was! 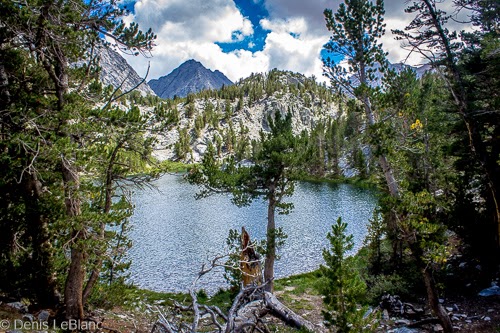 We ate our lunch on the shore and Lynnae put her line in the water while I went around taking pictures.  When I returned, she had two beautiful trout (we later found out they were brook trout) for dinner! 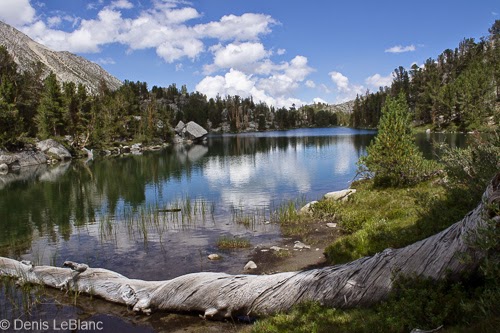 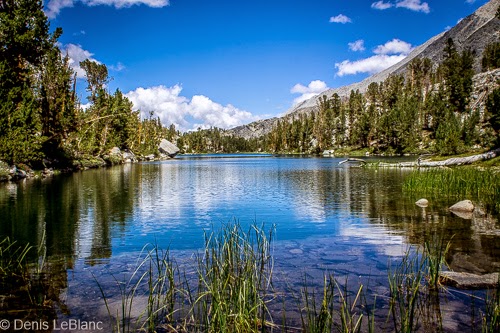 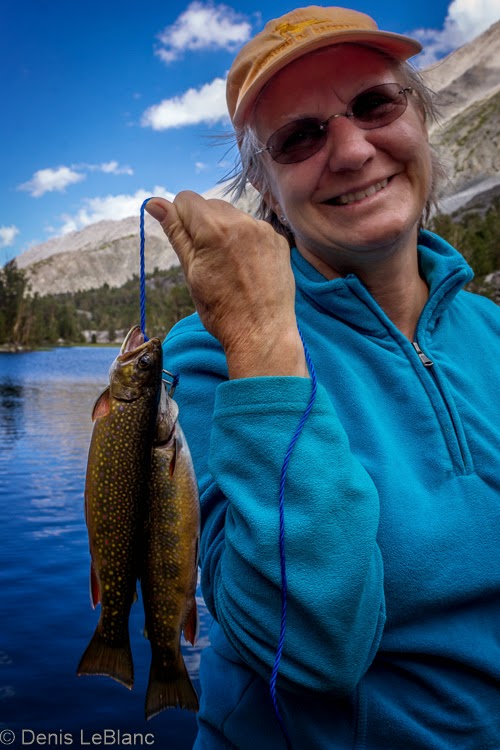 We headed back down the trail, meeting a family on their way into "our" lake--mom, dad and three kids.  The dad said that he had come to this lake since he was his son's age (about seven) and that they called it Ruby Lake, though it wasn't named on the maps. We liked Ruby Lake.  Stopping a few times to fish (caught nothin') and ponder the beauty on the way back, we had a wonderful long day in the high country.  Just what we needed! 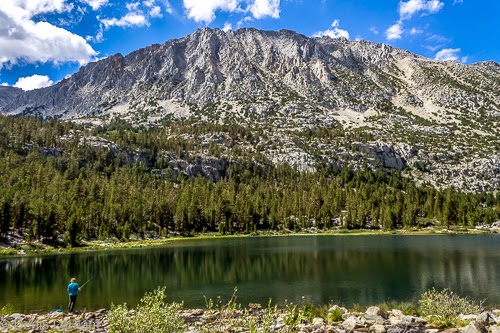 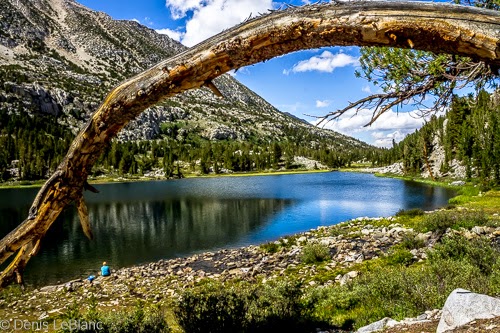 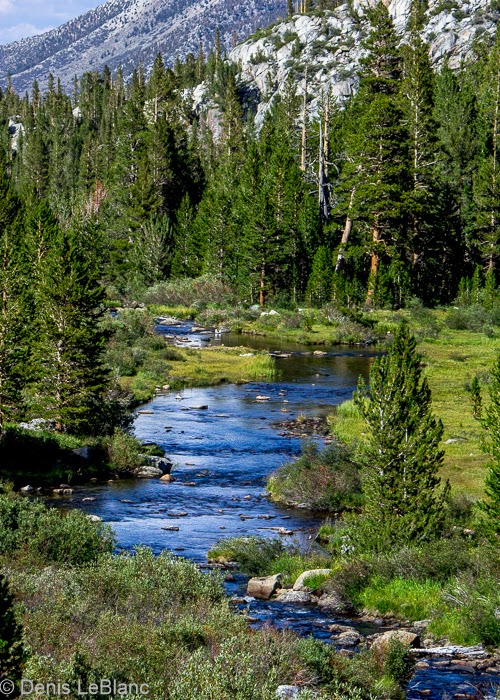 Posted by ClamPuddingPaddler at 8:00 PM