The Strangeness of Mono Lake

While at Mammoth, we were excited to spend a little time at Mono Lake, which is only a 45-minute drive away.  Another by-product of the city of Los Angeles' insatiable thirst for water (see my posts on the Owens Valley back in March), Mono Lake is about 37 feet lower than it was before LA started tapping the streams that fed it in 1941.  It is now somewhat protected and the water level will rise about another 12 feet over the next few decades.

Those are the facts, but the reality is that this place is hauntingly strange in so many ways.  It is naturally very salty and alkaline--saltier than the ocean and as alkaline as household ammonia--which has caused unique life to evolve in and around its waters.  The shores swarm with a certain kind of fly (not bothersome) and brine shrimp live in the water by the billions.  80% of California's seagulls breed here. Most notably, natural springs of calcium-containing water have bubbled up for thousands of years and the interaction of the calcium with the alkaline water formed huge rocky formations, called "tufa".  The falling water level has exposed these tufa formations.  I was very excited to go to Mono Lake to photograph the tufas. 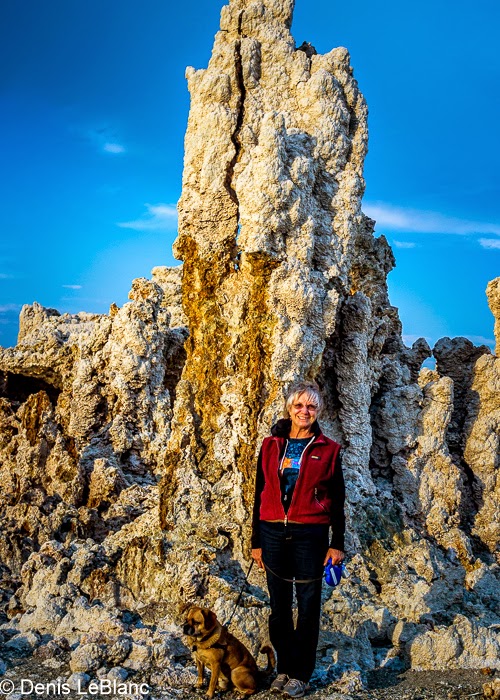 We were there for the sunset (having pigged out at the Whoa Nellie Deli in nearby Lee Vining.  The best restaurant in any gas station in the world, I am sure).  The South Tufa area is spectacular in a lunar landscape kind of way.  In reviewing the pictures, I found myself most fascinated by the textures and shapes and the way light exposed the deep textures of the formations, so I processed most of the pictures in black and white. 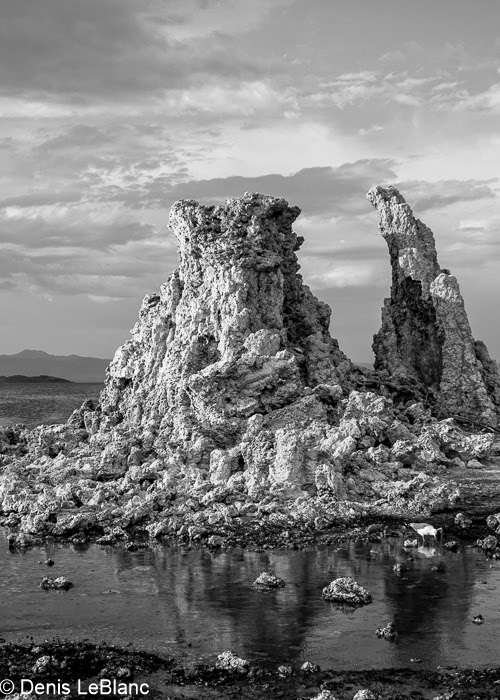 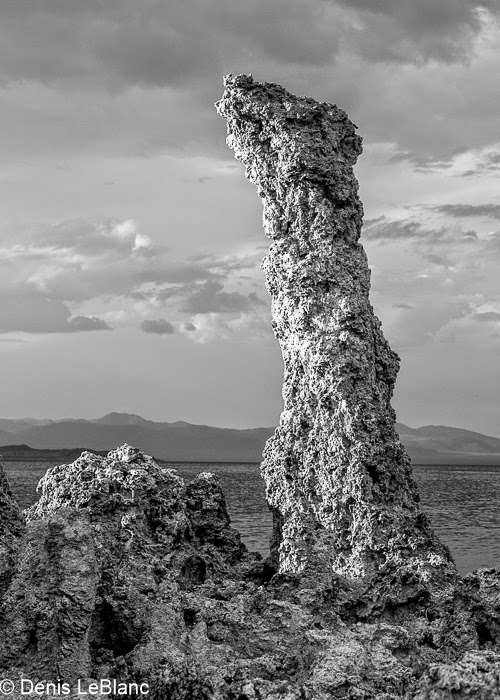 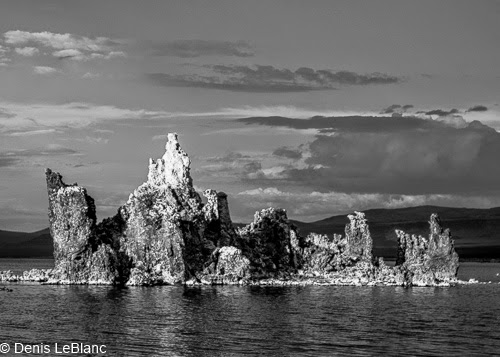 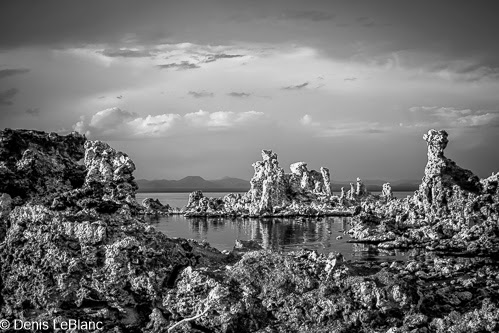 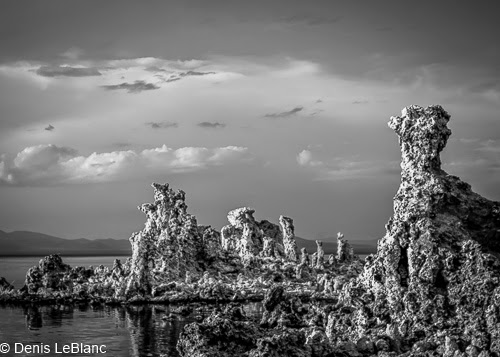 The final sunset light and the rising moon created a very dramatic scene for a little while. 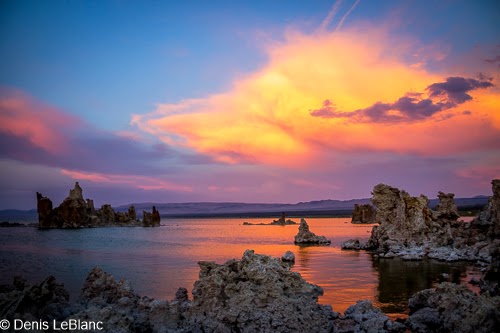 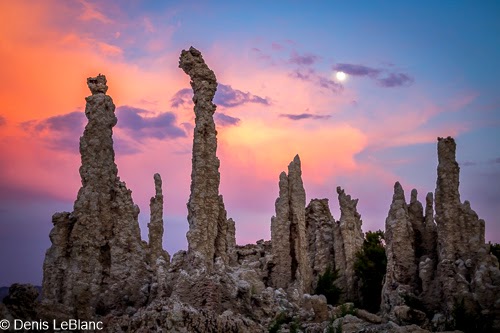 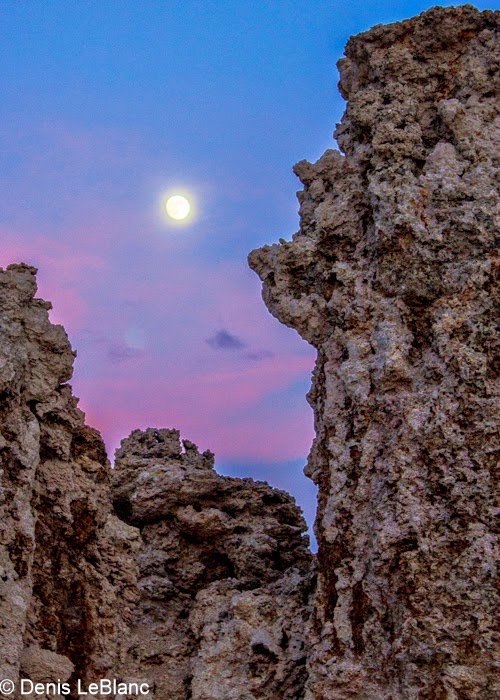 I actually think Lynnae did a better job of capturing the beauty of this area than I did, so maybe I can talk her into posting some of her pics in a future post.
Posted by ClamPuddingPaddler at 7:03 PM