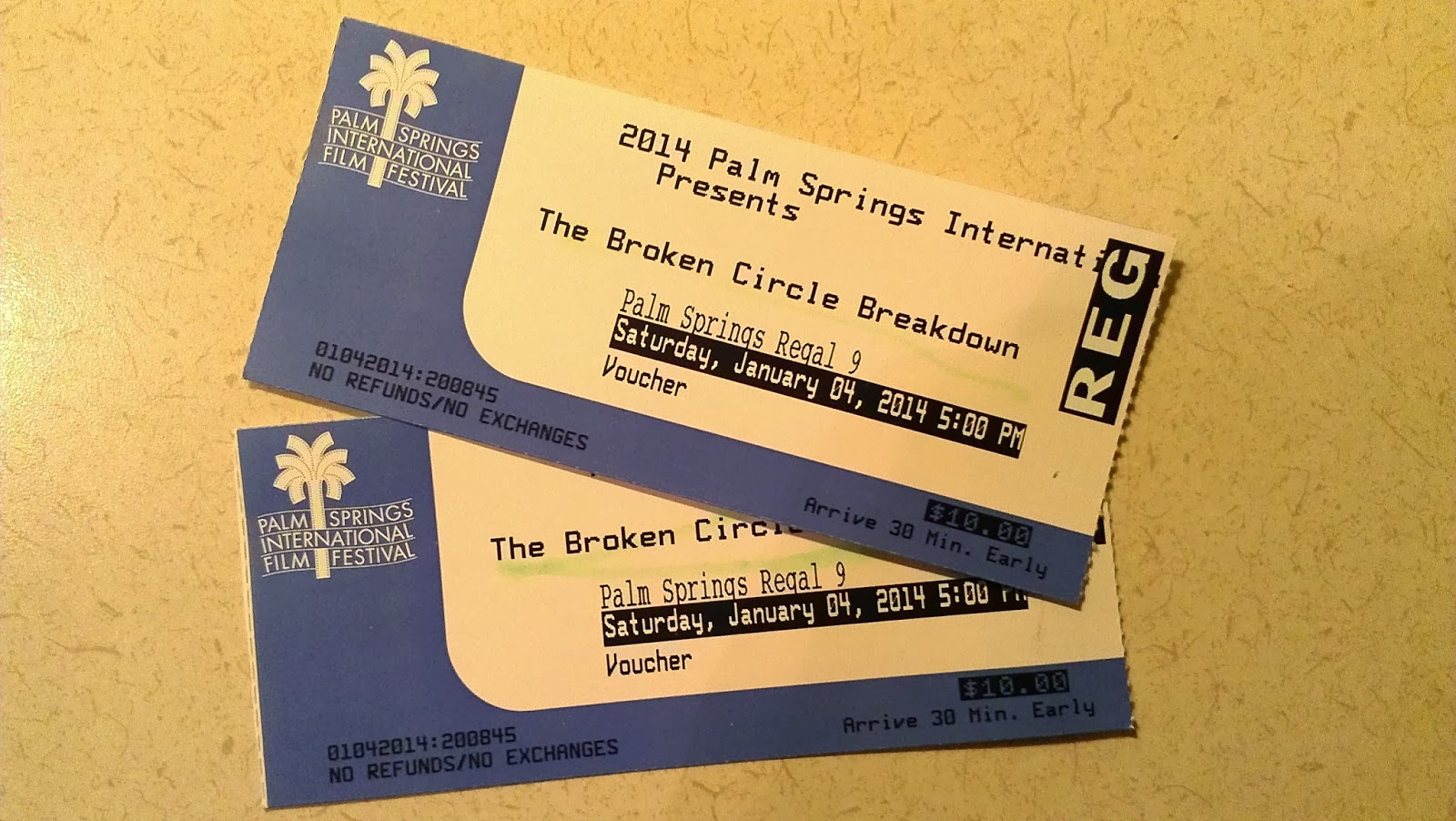 The Palm Springs International Film Festival is a big deal.  Second-largest film festival in the US (after Sundance, I guess), they are showing over 180 films this year from dozens of countries.  We have tickets to see three films, but it was really hard to choose from all they have.  We saw The Broken Circle Breakdown last night, which is a Belgian film about a Belgian who plays American bluegrass music and his relationship with a woman and their daughter who gets cancer.  It is a beautiful and engaging film that is Belgium's entry for the Oscars this year. I highly recommend it if it comes to the Plimoth this year.  We will be going to see Nightingale (China) and The Forgotten Kingdom (South Africa) this week.  It was especially fun that the director of the Belgian film was at the showing and stayed for questions after.  We saw on the news that a ton of famous actors were here for the opening gala like Tom Hanks, Meryl Streep and Matthew McConnaughey, but they don't seem to be staying at the Happy Traveler or shopping at the same super market we frequent, but maybe we'll see them at Starbucks.

Posted by ClamPuddingPaddler at 8:11 PM