Quartzite is a tiny desert town about 20 miles from the California border, home to about 3,300 people for 10 months of the year.  But in January and February, Quartzite hosts the largest assemblage of RVers in the world and becomes temporarily the third largest city in Arizona--drawing 1.5 million people!  Seeing as how we were in Blythe, just 20 miles away, and the bluegrass festival was over, we decided to come on over to check it out.

Quartzite sits in the middle of Bureau of Land Management federal land where they allow dry camping (without hookups for water or electricity)  in any of several areas.  These areas are literally miles across, so you can drive out into the desert, find a cactus you like and park next to it.  So here we are, about four miles from town out in the desert.  I'll get some more pictures tomorrow of the sea of RVs as far as you can see.  But it's cool because there is so much room, it isn't crowded. 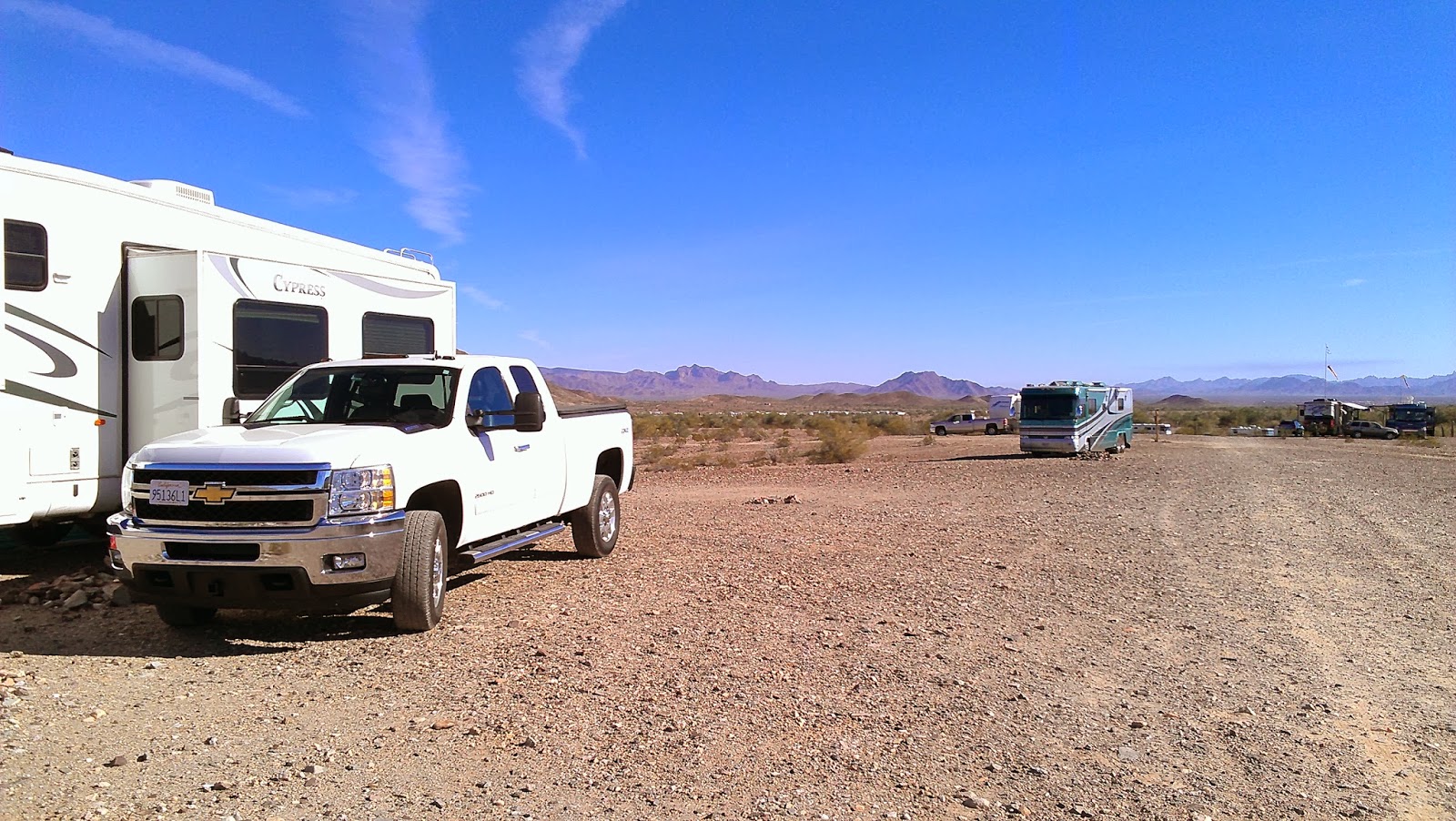 So the other claim to fame for Quartzite is that it is probably the world's largest flea market, specializing in RV stuff, rocks and crystals, and the usual assorted junk.  Flea markets take over the entire town, every large parking lot or vacant lot is covered with tents, booths, stands, signs, flags, air-powered bouncy figures and barbecue joints.  It is pretty amazing.  We plan to spend a couple days here, then head back to the relative civilization of Palm Springs.
Posted by ClamPuddingPaddler at 6:00 PM