As we prepared to leave the Bay Area, we picked up some tickets to see the Giants play at AT&T park in San Francisco.  Jeff and Katie were able to join us and it turned out our seats were awesome--the front row of the upper deck right behind first base: 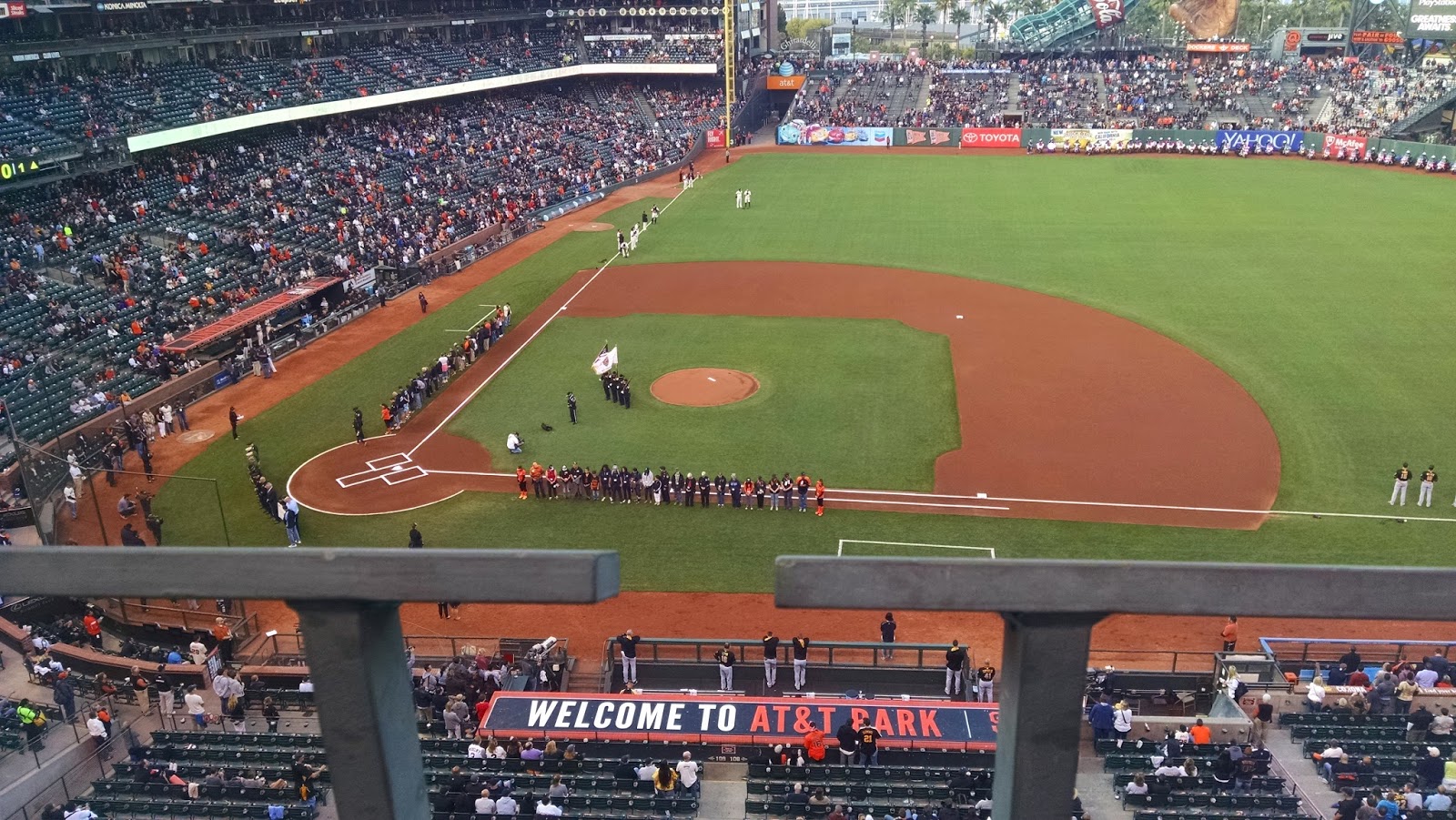 The anthem was accompanied by a helicopter escort:

AT&T park is simply a spectacularly beautiful place to watch baseball.  The view of SF Bay, the Bay Bridge and the East Bay is stunning.

At the top of the sixth inning, a foul ball came flying our way and Jeff shifter his beer from his right to left hand and deftly CAUGHT THE BALL!  This was caught on TV during the game:

But the best part was that as soon as Jeff caught the ball, he looked around for a kid to give it to and tossed it to a 9-year-old seated a few rows above us.  He and his family were visiting from Southern California and they were all thrilled! 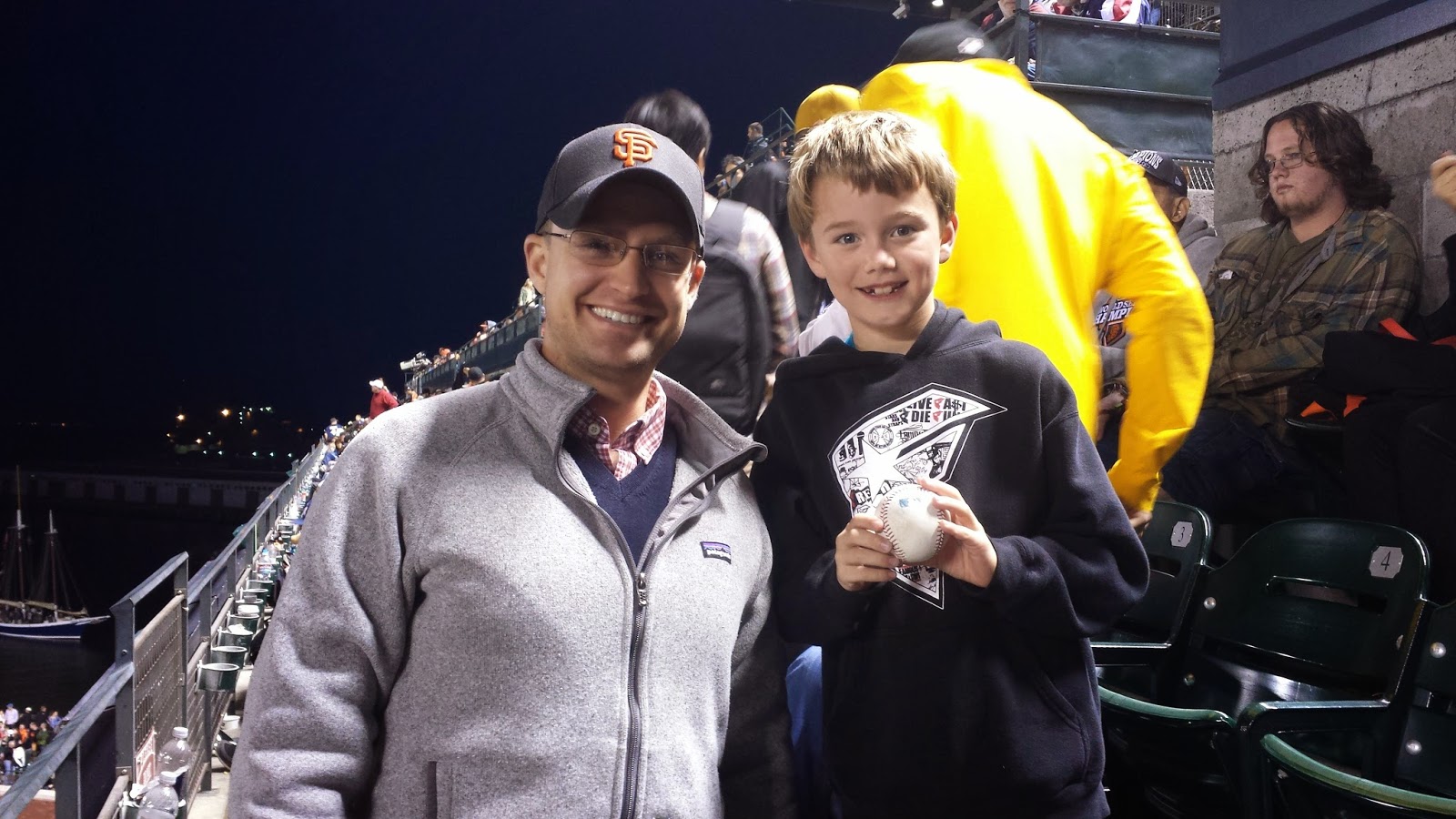 A wonderful night at the ballpark. 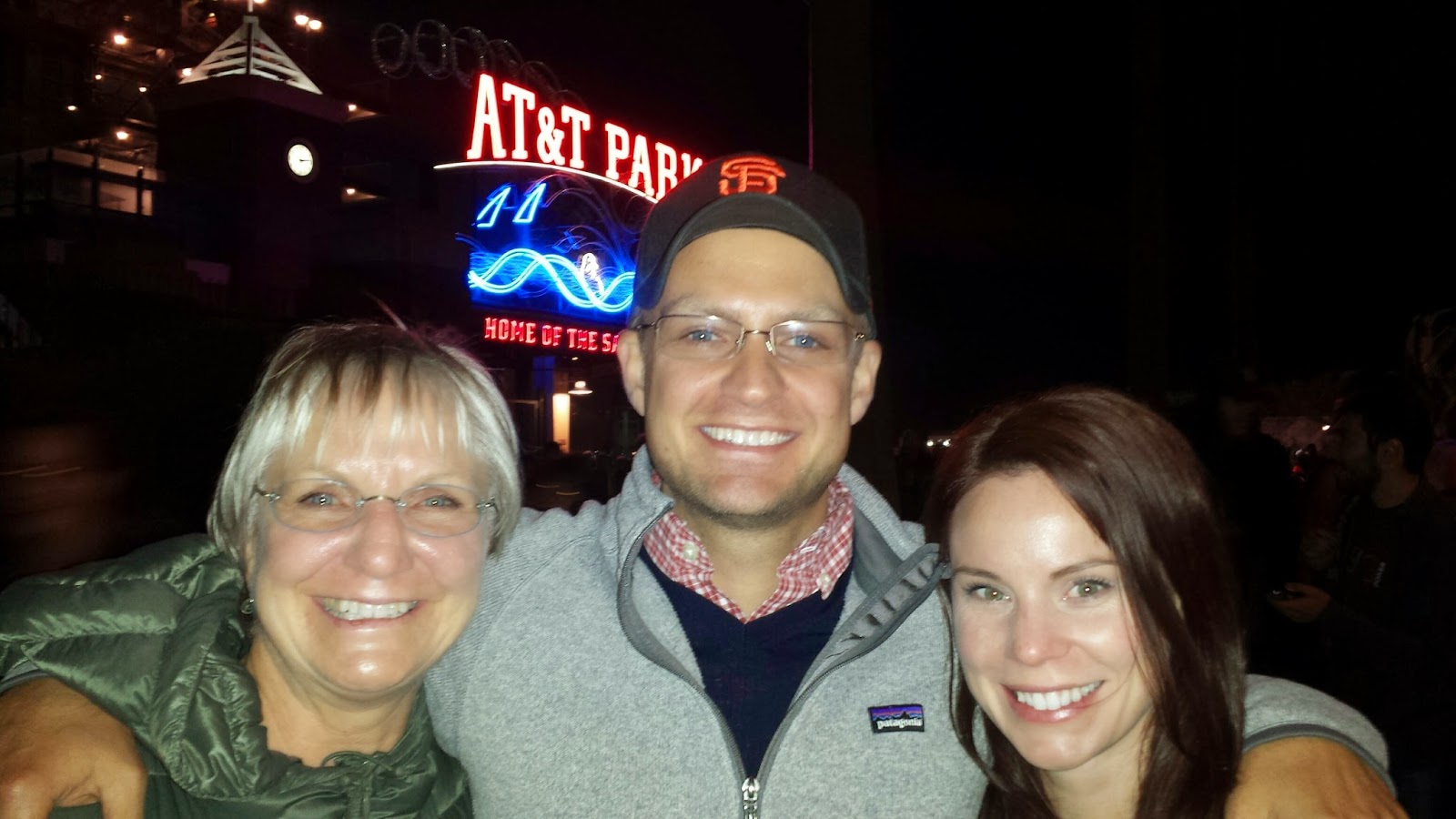 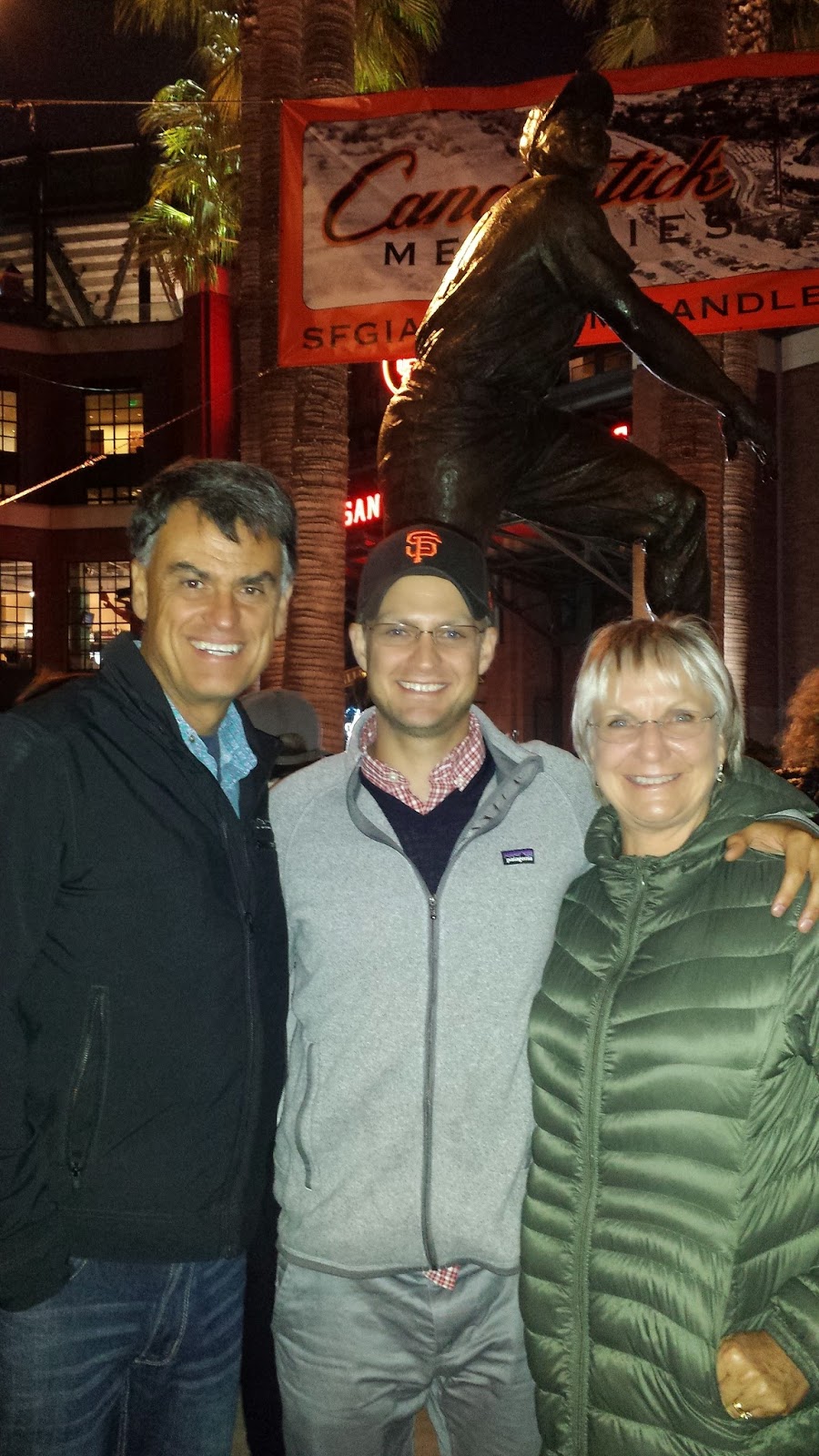 Posted by ClamPuddingPaddler at 9:33 PM