Santa Cruz has probably the nicest dog park/beach we have seen anywhere.  The one in Bonita Springs is very nice, but I think Santa Cruz edges it out.  Closed on either end by rocky points and with access down the cliff only on one stairway, the dogs can't leave.  And, these California dogs are very mellow.  Plus the beach is gorgeous, with the lighthouse at one end and Monterey Cypress trees around the perimeter.  We had a blast and tired Tucker out thoroughly, which was good since we were planning to go to lecture that night and he would be left home. 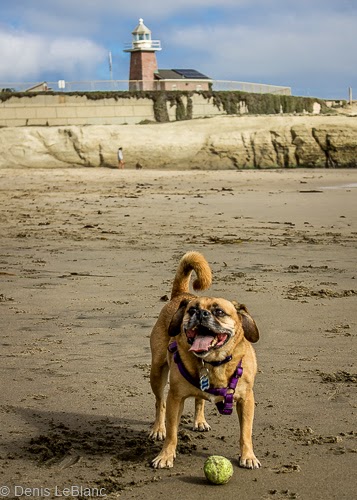 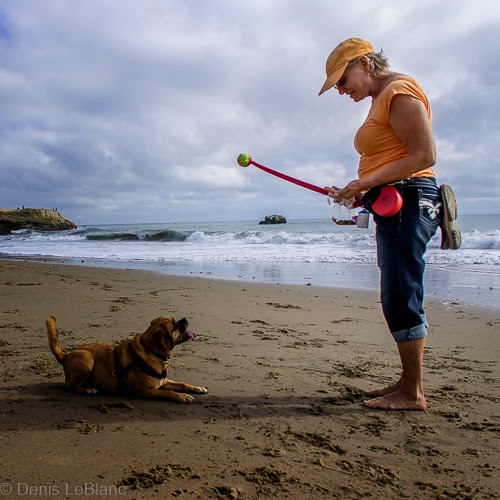 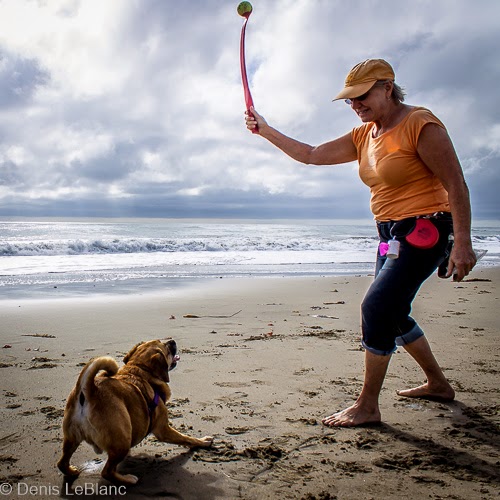 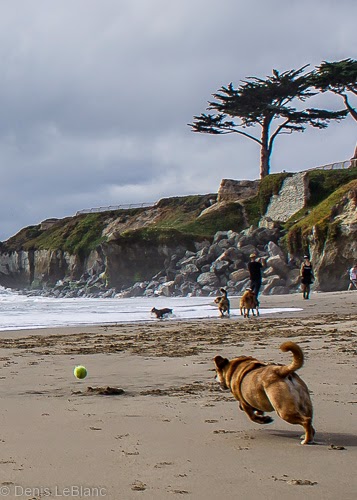 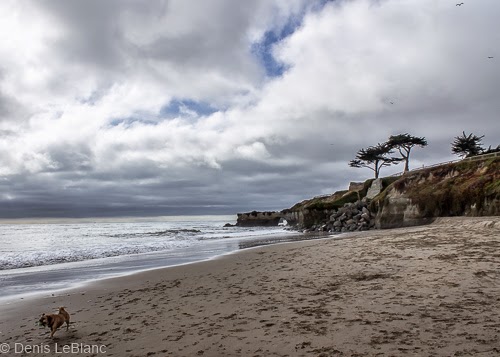 The sky was filling with clouds and there was almost no color on the beach or in the water so I tried processing some pictures I took on beach in black and white.  They came out striking, I think! 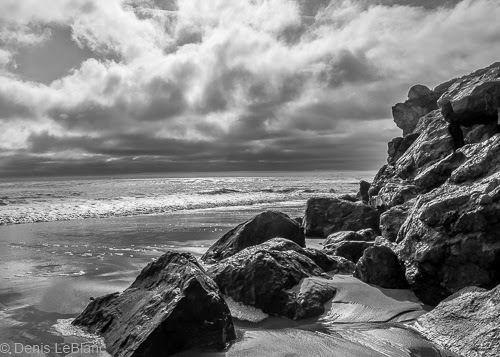 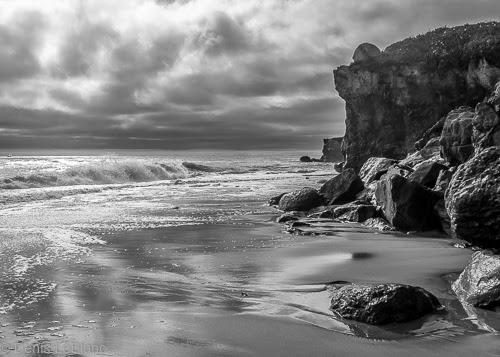 Posted by ClamPuddingPaddler at 8:10 AM