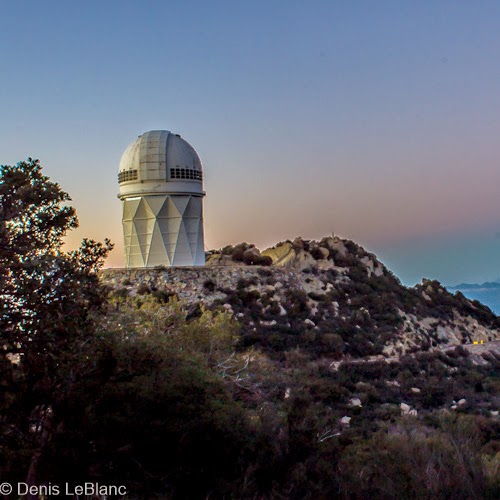 Just an hour drive from Tucson, the Kitt Peak National Observatory was something I was really looking forward to.  They have great evening observing programs for the public and we signed up well in advance for the night of the new moon.  It turned out to one of our best spots ever! 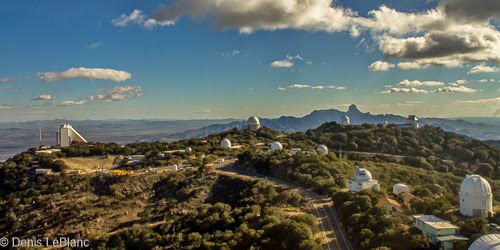 Established in the 60's during the peak of the space race with the Soviet Union, Kitt Peak has grown to house the largest collection of professional telescopes in the world, including the world's largest solar telescope and the third-largest reflecting telescope.  We arrived in a mad dash to get there before the closed the grounds and had about an hour to wander (more like race) around to see the 40-meter big telescope and the solar telescope before they closed to the public.  We had a lot of time to spend in the visitor center waiting for it to get dark and getting our orientation.  As a group, we all walked up the hill to watch the sunset from thousands of feet above the desert on a VERY clear night. 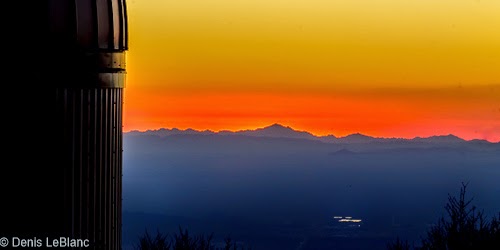 After that, we split into groups and our group of 16 went with our astronomer to the observatory and more orientation.  In all we spent about three hours under the most amazing sky of stars and took turns at our telescope observing Venus, Mars, Jupiter, Uranus, double and triple star systems, star clusters, planetary nebulae and galaxies.  We even saw comet Lovejoy.  When we weren't actually looking through the scope, we couldn't stop looking at the incredible night sky (except when we popped downstairs to warm up and get a hot drink).  This is a must-do experience if you are ever in the Tucson area and can plan ahead. 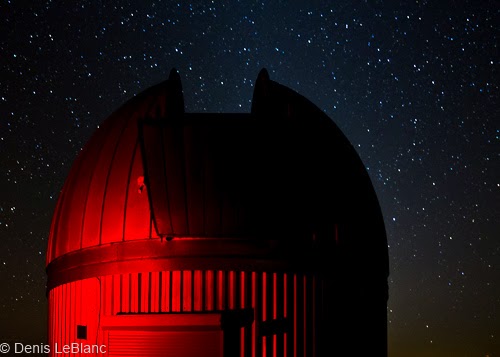 Posted by ClamPuddingPaddler at 10:59 AM