The Imperial Dunes of California

After spending a year plus touring California, we were finally poised to move east to spend months in Arizona, Utah, Nevada and eventually Colorado.  Our last few days in California were spent in Winterhaven, just across the Colorado River from Yuma, Arizona.  More on Yuma in the next post.

The coolest thing about Winterhaven, besides being near Yuma, was it's proximity to California's largest dunes complex.  Roughly 40 miles long by about 20 miles wide, the Imperial dunes are an amaazing phenomenon of nature.  The early settlers on their way to California by the southern route had to traverse this incredible sea of sand, and, having traversed about 200 feet of it myself, I am absolutely astonished that they were able to get across it.  In the early 20th century, a wooden road was built that floated on the sand and cars and wagons used that to get across.  Incredibly tedious and dangerous it was, and often cars drove off the road to their peril. Today Interstate 8 crosses the dunes and cars traverse them in 20 minutes. Here is a picture of a small segment of this wooden road still preserved: 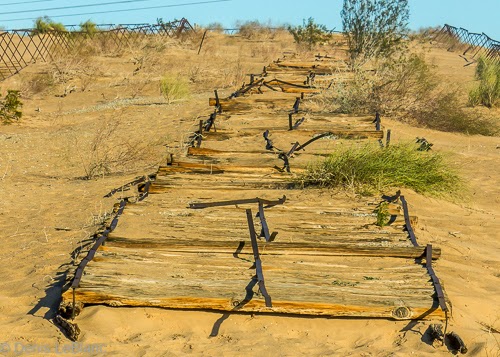 Another interesting aspect of the dunes is that they extend south into Mexico and Winterhaven is right on the border.  The 12-foot-high border fence that has been constructed to control illegal immigration is quite close to the road that passes through the dunes.  Here are a couple of shots of the dunes with the border fence running through. 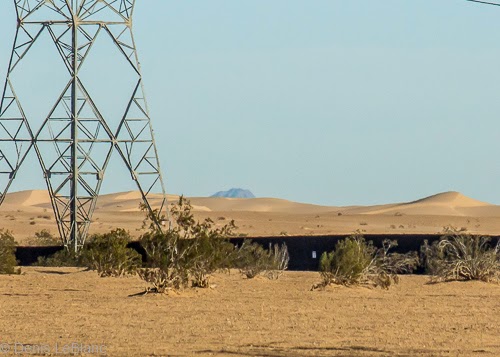 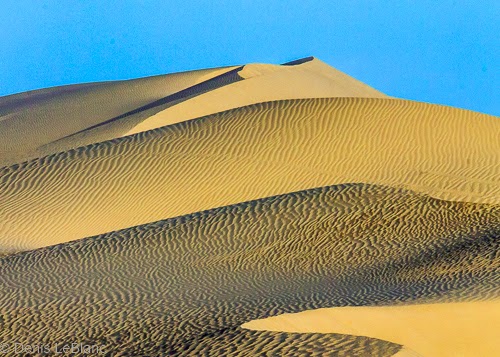 The dunes are a real wonder of nature.  Several hundred feet high and almost devoid of vegetation, they are incredibly beautiful, especially at sunrise and sunset.  We caught them at sunset with the almost full moon rising and I think the pictures speak for themselves! 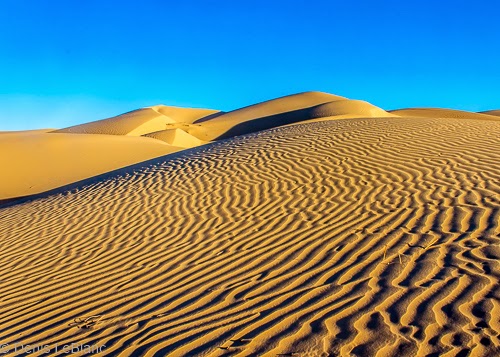 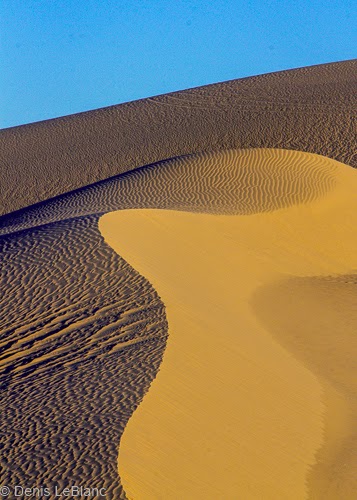 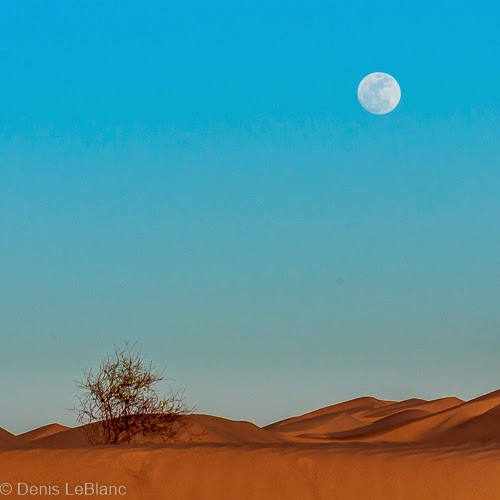 One minor problem.  The Bureau of Land Management, who controls this stretch of land, has seen fit to only preserve a quarter or so as wilderness.  So instead of a quiet place to feel small and contemplate this miraculous natural phenomenon, every weekend it turns into a huge Nascar track for off-road vehicles.  Luckily we were there during the off season on a weekday, so we only saw a couple. 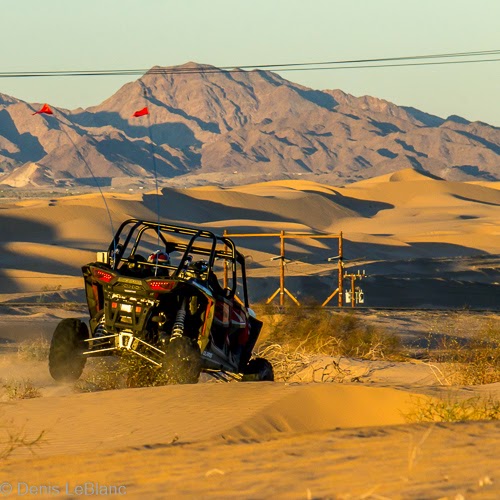 Posted by ClamPuddingPaddler at 9:20 PM