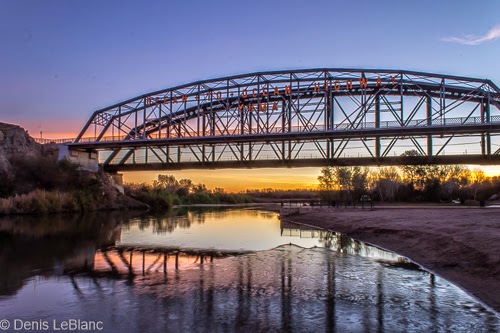 We had never been to Yuma, Arizona and didn't know much about it.  I had low expectations, and for the most part that was appropriate.  But Yuma had its interesting aspects and I'll try to cover a few on this post.

First of all, I wasn't aware of the historical importance of Yuma to the settlement of the West.  Perched right on the border with Mexico and on the banks of the Colorado River, Yuma was a vital supply link for much of the West.  The Colorado 150 years ago was subject to huge floods.  At times the river was a mile wide.  Yuma was built on the site of the narrowest crossing point for hundreds of miles.  Ferries operated to take settlers and supplies across.  Yuma is also just 100 miles from the Gulf of California, and before it was so heavily dammed, the Colorado flowed right to the Gulf. Today it peters out in Mexico and never reaches the sea.  So in 1880, If one wanted to ship gold from Colorado to San Francisco, one could put it on wagons and send it across the Rockies and Sierras and the Nevada desert and maybe it would get there in a few months.  OR, one could put it on a steamship on the Colorado River to the Gulf of California and a sailing ship could get it to San Francisco in a week or two.

Today, Yuma's biggest attraction is its territorial prison.  We visited that and it was very interesting.  It was a weird combination of enlightened management--they had a library and tried to educate and train the prisoners in a trade, they had electricity and running water when the town of Yuma had neither--and cruel, inhuman punishments.  Most visitors' favorite part of the prison is the so-called "dark cell" where prisoners where punished by being chained in a 5-foot-high cage inside a stone room with no light for days or even weeks at a time. It is hard to imagine how they kept their sanity. 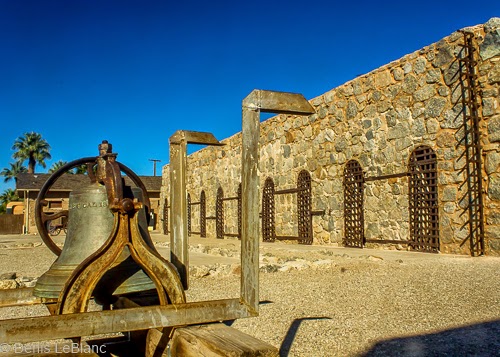 While in Yuma, we also took a ride out to the desert to see a ghost town and mine museum.  When the BLM created the 655,000 acre Kofa Wildlife Refuge into a wilderness area, many old buildings were going to be destroyed.  One man decided to save them and install them at the site of an old mining area (and fairly large town) called Castle Dome.  Today, there are over 40 period buildings, many filled with artifacts from the mining era, and several mine shafts, mine structures and mining artifacts all scattered over a large area.  We spent several hours there exploring and then photographed the sunset from the desert. 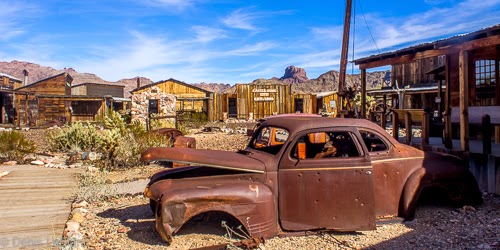 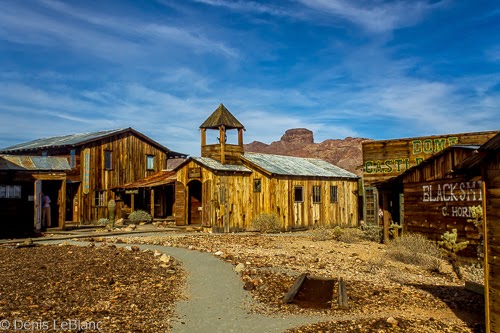 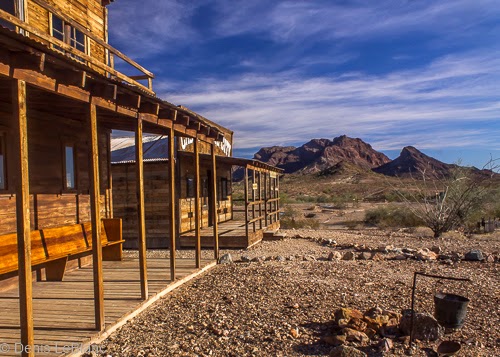 Posted by ClamPuddingPaddler at 9:54 PM