10,000 years ago there was a huge volcanic mountain 1,000 feet taller than Mt. Lassen called Mt. Tehama.  About that time it collapsed into itself, leaving a huge caldera eight miles across.  Today, the bottom of that caldera has several thermal areas that are all connected to hot magma miles below the surface. The largest of these areas is called Bumpass Hell, named for the old mountain guide who discovered it and who, while he was leading a group of tourists through it, fell through the crust into the boiling mud below (hence the boardwalks you see in the pictures).  Bumpass Hell is strangely beautiful and unique, reminding me of Yellowstone (though vastly smaller).  Some of the steam vents are superheated to 350 degrees and there are dozens of boiling pools.  The whole place reeked of rotten eggs (sulphur dioxide) and there was a constant roar from the largest steam vent. 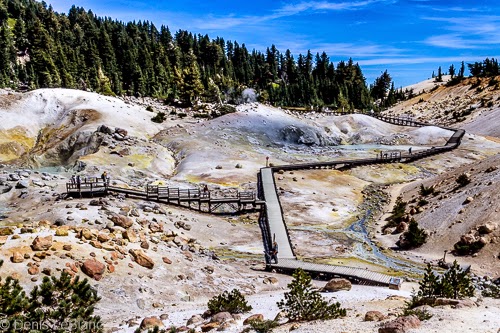 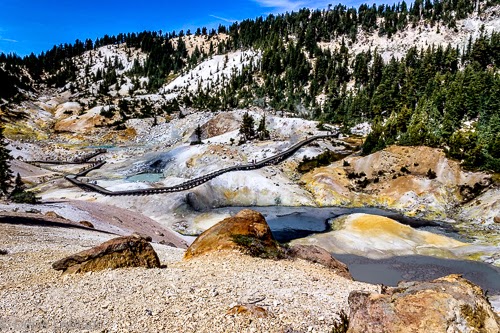 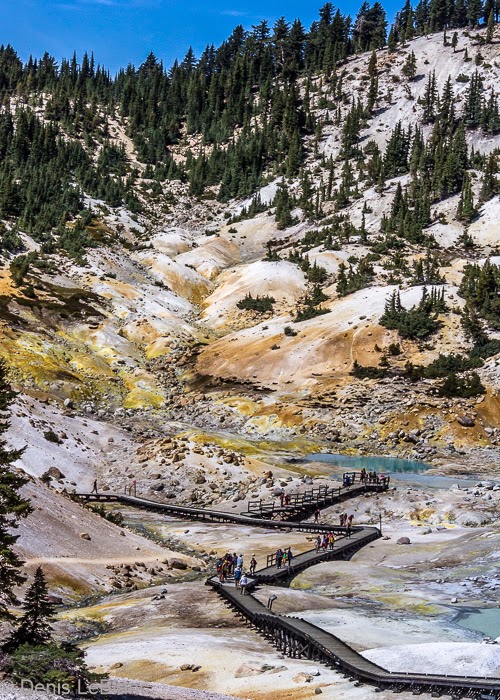 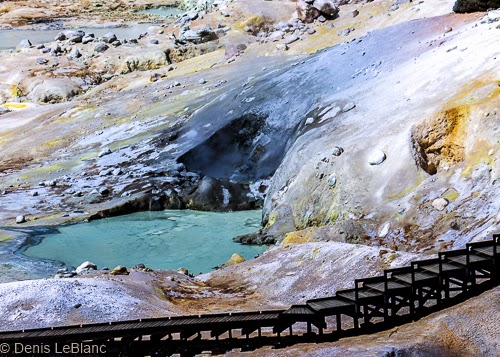 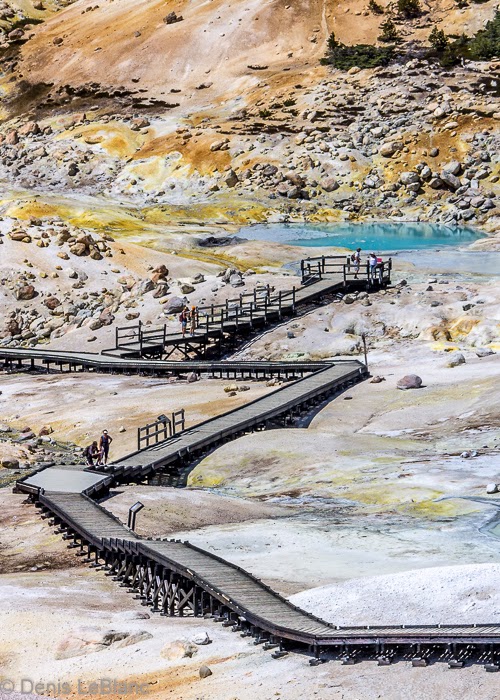 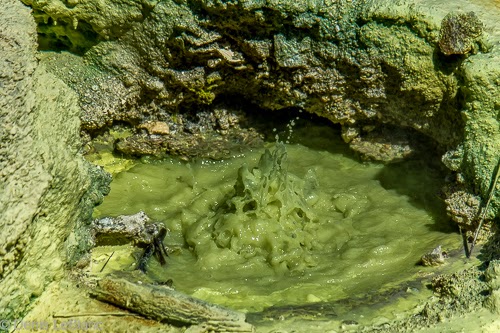 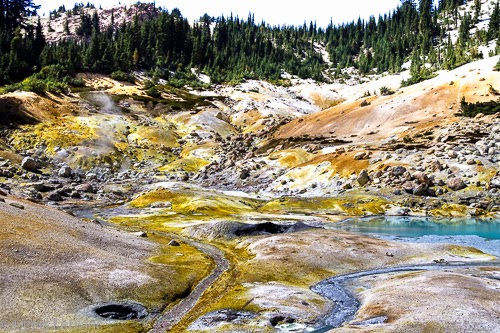 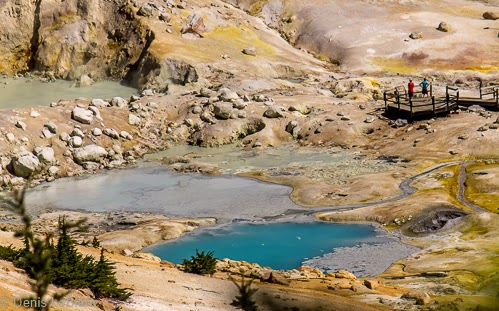 The hike back from Bumpass Hell had some nice views ;-) 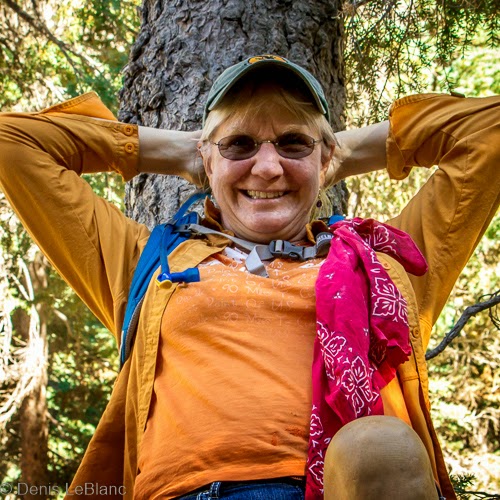 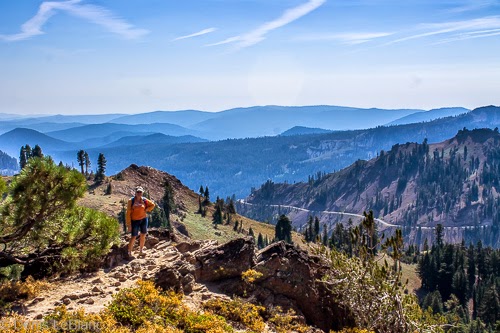 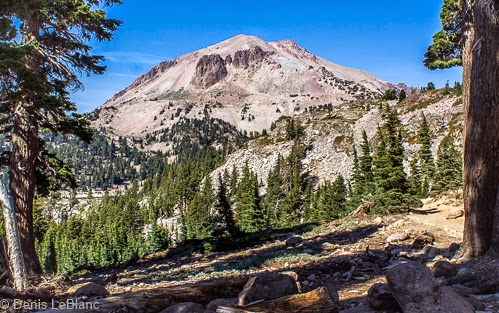 Posted by ClamPuddingPaddler at 7:08 PM