Hanging around the creek alongside our campground where Lynnae was fishing, I spotted an osprey in a nearby pine tree.  The moon was setting in the morning sky and I hoped to get a good picture of the osprey with the moon behind him.  Of course, the bird kept moving from tree to tree and I was scrambling around on the banks of the creek trying to get him lined up.  Meantime some crows were harassing the osprey which caused him to move even more.  By the time I headed back, I had a couple shots where the timing was just right to make them interesting.  It pays to be persistent and more than a bit lucky! 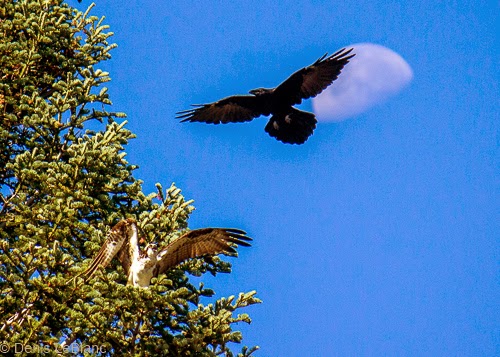 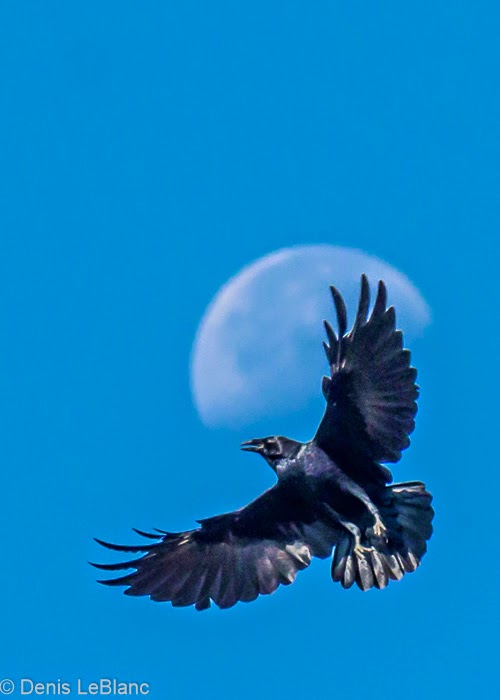 The next day we drove to Lake Amador to fill up the diesel tank, get some groceries and give Lynnae a chance to fish the lake.  We found a great looking spot, but she didn't catch anything and I forgot to replace the SD card in my camera, so I only had my spare.  This SD card was made about a century ago, so it was only 32 MB and the pictures I take now are about 15 MB each, so I had to shoot at a lower resolution.  In spite of that, I got another great osprey shot (this time with a fish!) and a nice sunset driving back to camp showing Lake Amador and Mt. Lassen with it's nearby peaks in the distance. 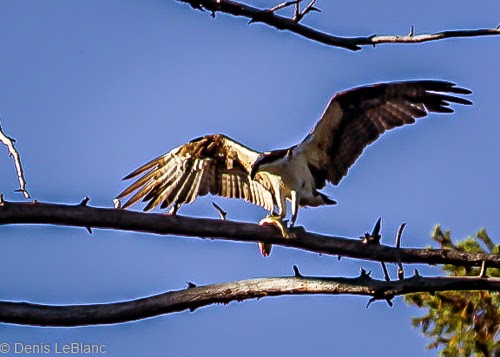 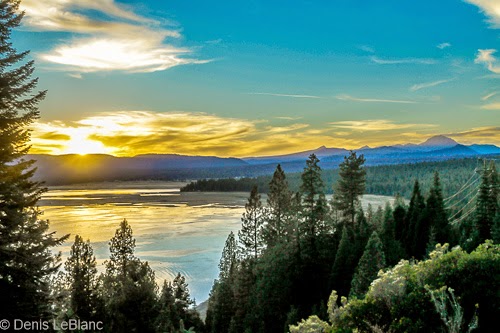 Posted by ClamPuddingPaddler at 4:17 PM