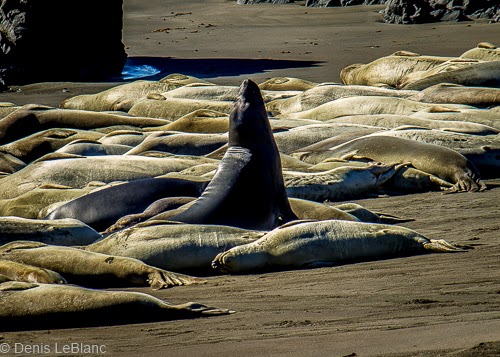 It is so great to be able to tell a story of environmental degradation that has a happy ending!  Back in the 1800s, the elephant seal was hunted for its oily blubber and taken down to near extinction.  By 1920, there were less than 50 individuals left and the US and Mexican governments stepped in to protect them.  Fast forward nearly 100 years later and there are about 175,000 of these animals and they are spreading.  In fact, in 1990, a small herd of them showed up for the first time on a beach just south of the Piedras Blancas lighthouse and the following year a few pups were born.  Last year over 5,000 pups were born along a 6-mile stretch of beaches north of Cambria.

These are remarkable animals indeed.  The females reach about 12 feet and 1,800 pounds, while the alpha males can be up to 16 feet long and weigh 5,000 pounds!  They spend most of the year at sea, never touching land for months on end.  They dive thousands of feet deep for up to 2 hours to feed. Twice a year they return to their home rookery to molt, mate and bear young.  The males fight bloody battles to claim a piece of beach and the females that will stay there.  While we were there, it was the young males and females too young to mate who were "hauled up" on the beach, catching rays and getting a tan.  We saw some teenage males sparring in practice for adulthood, but mostly the seals just hung around and literally covered the beaches. It is really amazing to be up pretty close (20 feet or so up on the bluff above the beach) to these large, wild animals and watch them interact. 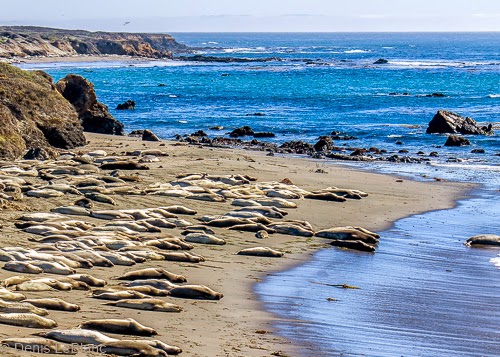 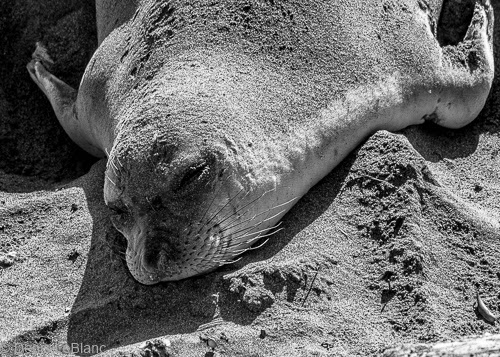 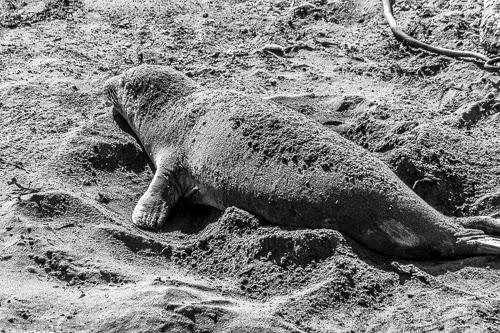 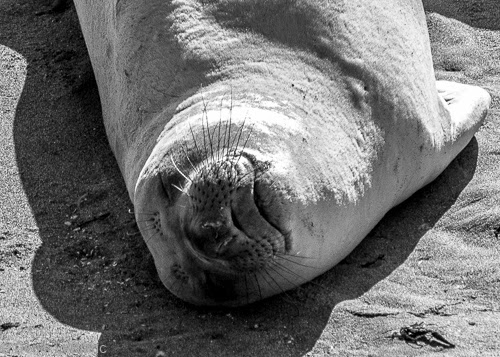 Posted by ClamPuddingPaddler at 7:28 PM