If you have ever seen a western movie from the 40's, 50's or 60's, then you've seen the Alabama Hills.  This area has been a favorite of Hollywood since the 20's, when Hopalong Cassidy rode the dusty trails on his trusty horse. Over 400 movies and countless TV shows and  commercials have been filmed here because of the fantastic shapes of the rocks and the scenic backdrop of the Sierra Nevada mountains.  From Gunga Din and How the West Was Won to the Lone Ranger tv series and more recently Django Unchained and Iron Man, so many films used this unique place to represent the West.

This is BLM land (Bureau of Land Management) and they allow what is called "dispersed camping" here.  This means you can find a spot you like and drop anchor for up to 14 days for free.  We took advantage of this and found ourselves a place in paradise for five nights.  This is truly one of the most magnificent places we have ever had the privilege to camp. 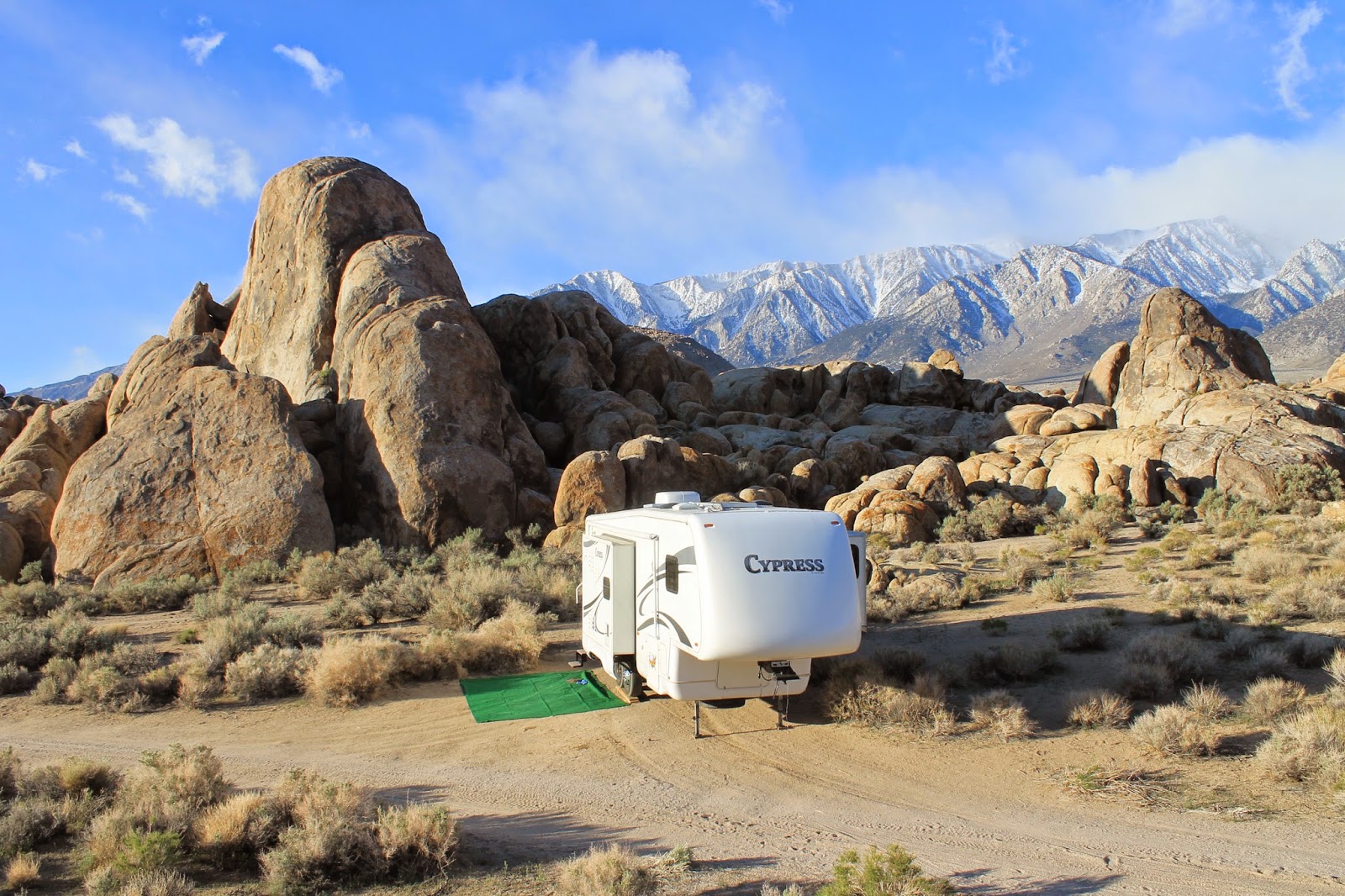 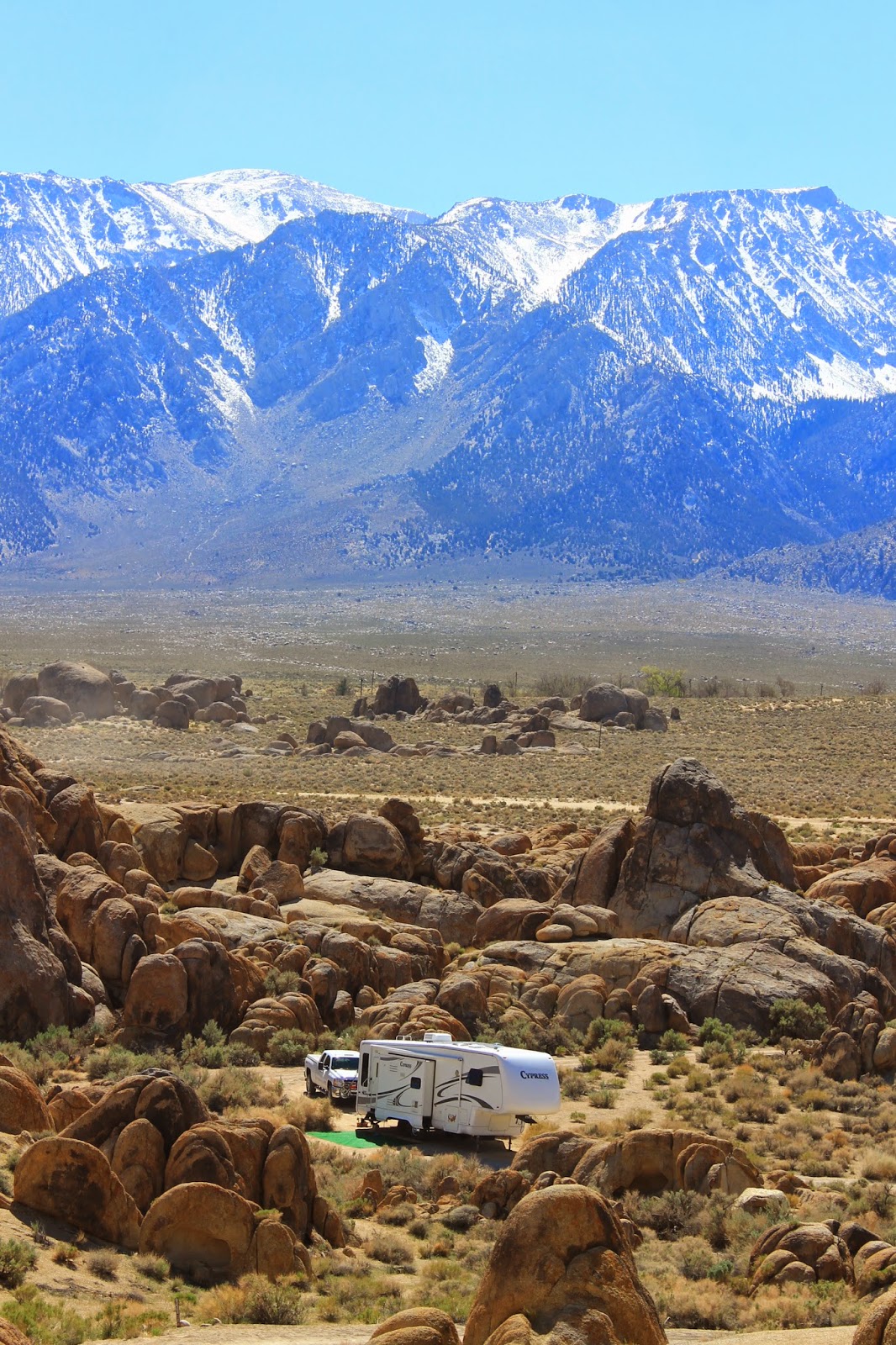 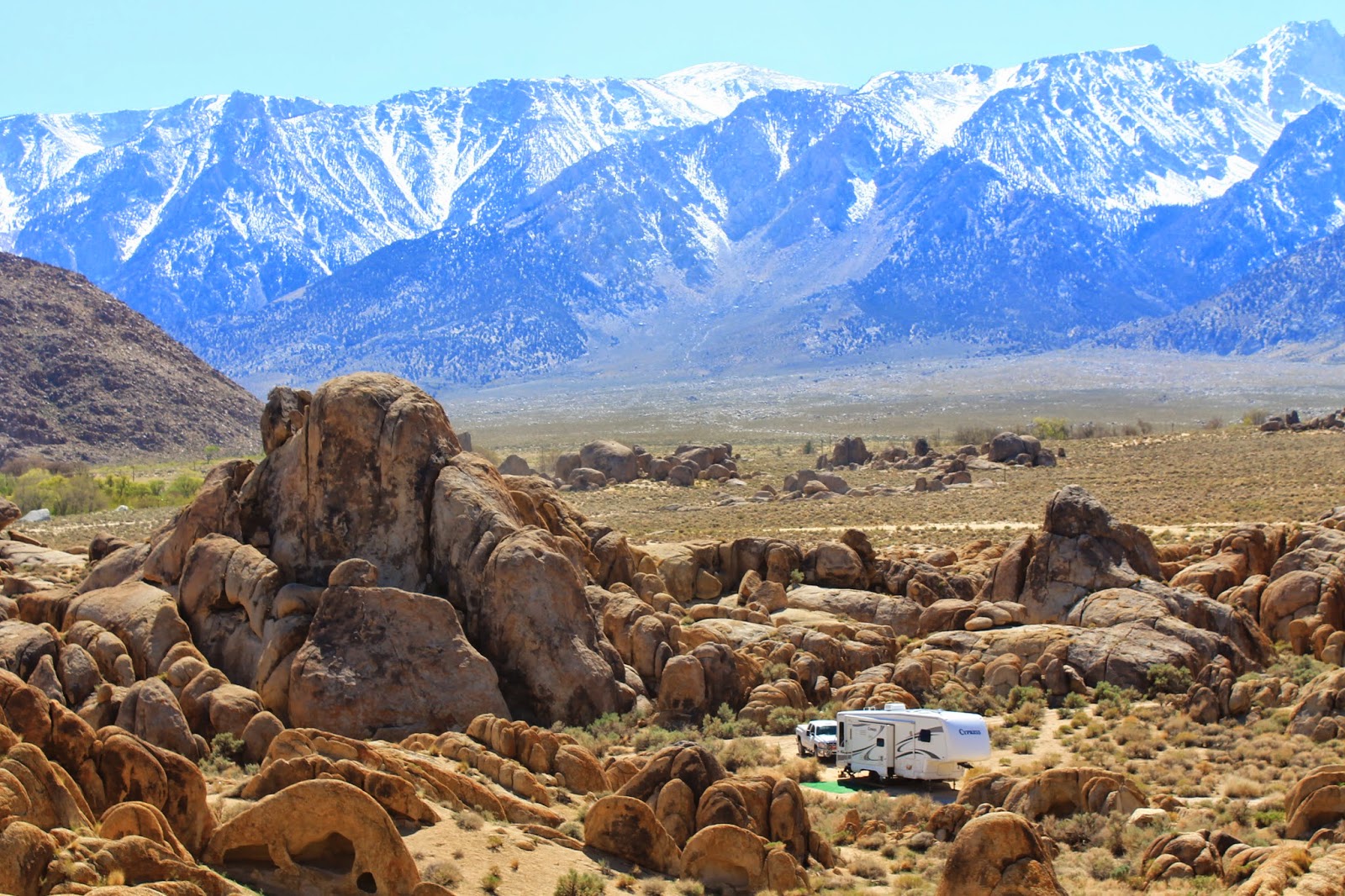 The rocks here are amazing.  They are about the same age as the nearby Sierras, but are composed of sedimentary rock instead of the granite of the Sierras. They were subject to chemical erosion that carved them into the rounded and cracked forms we see today.  Climbing around on the boulders is so much fun. 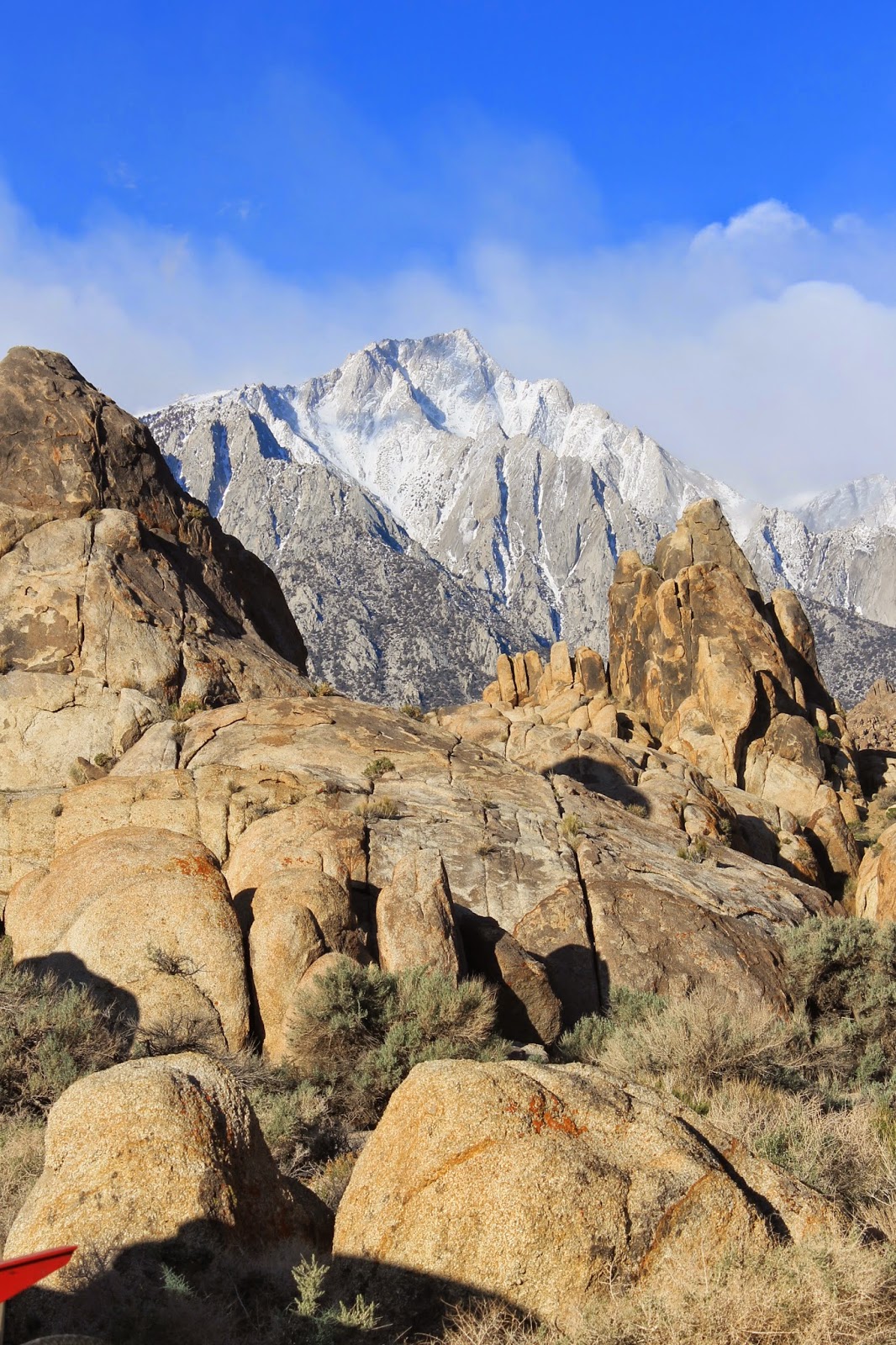 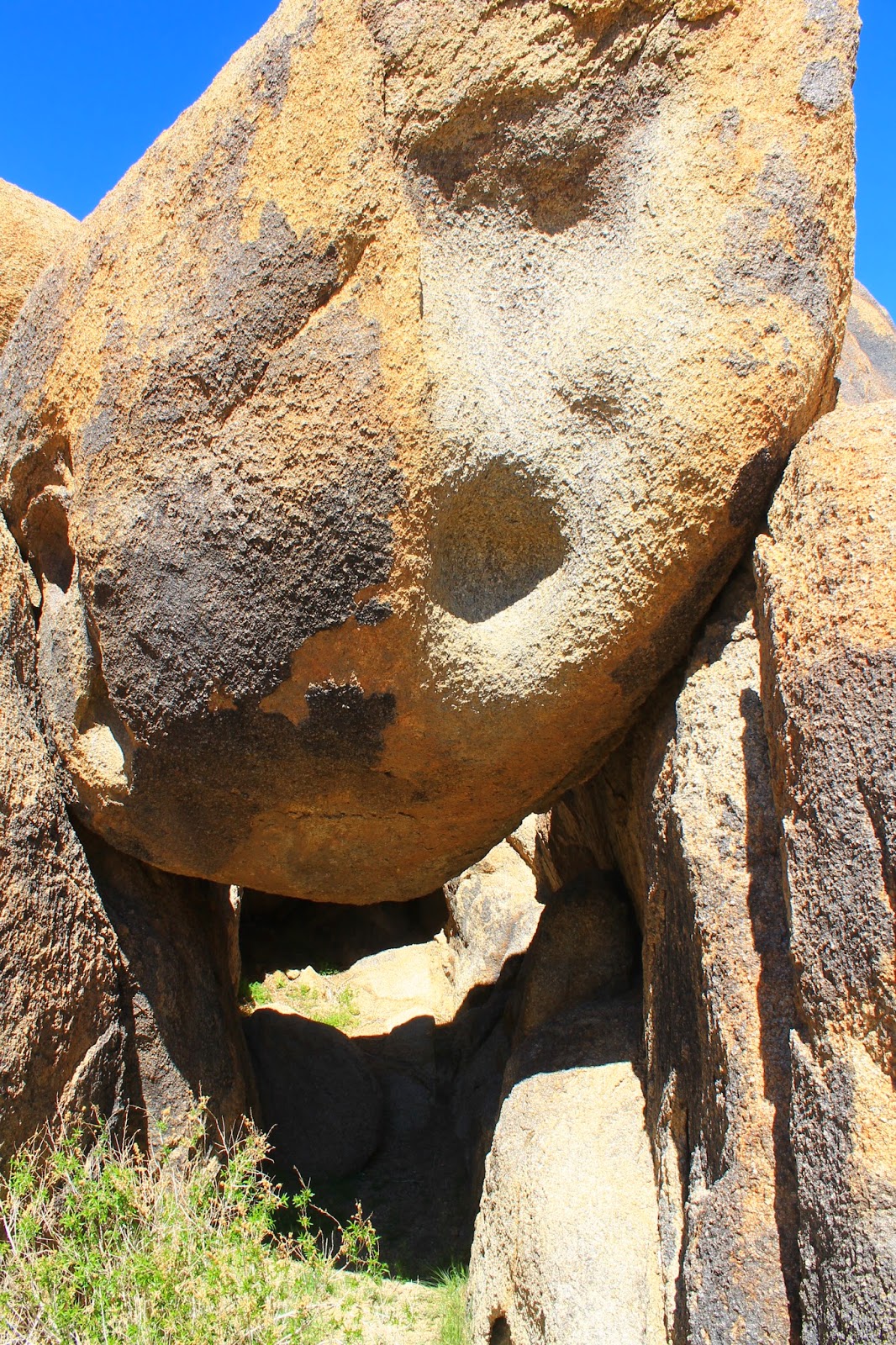 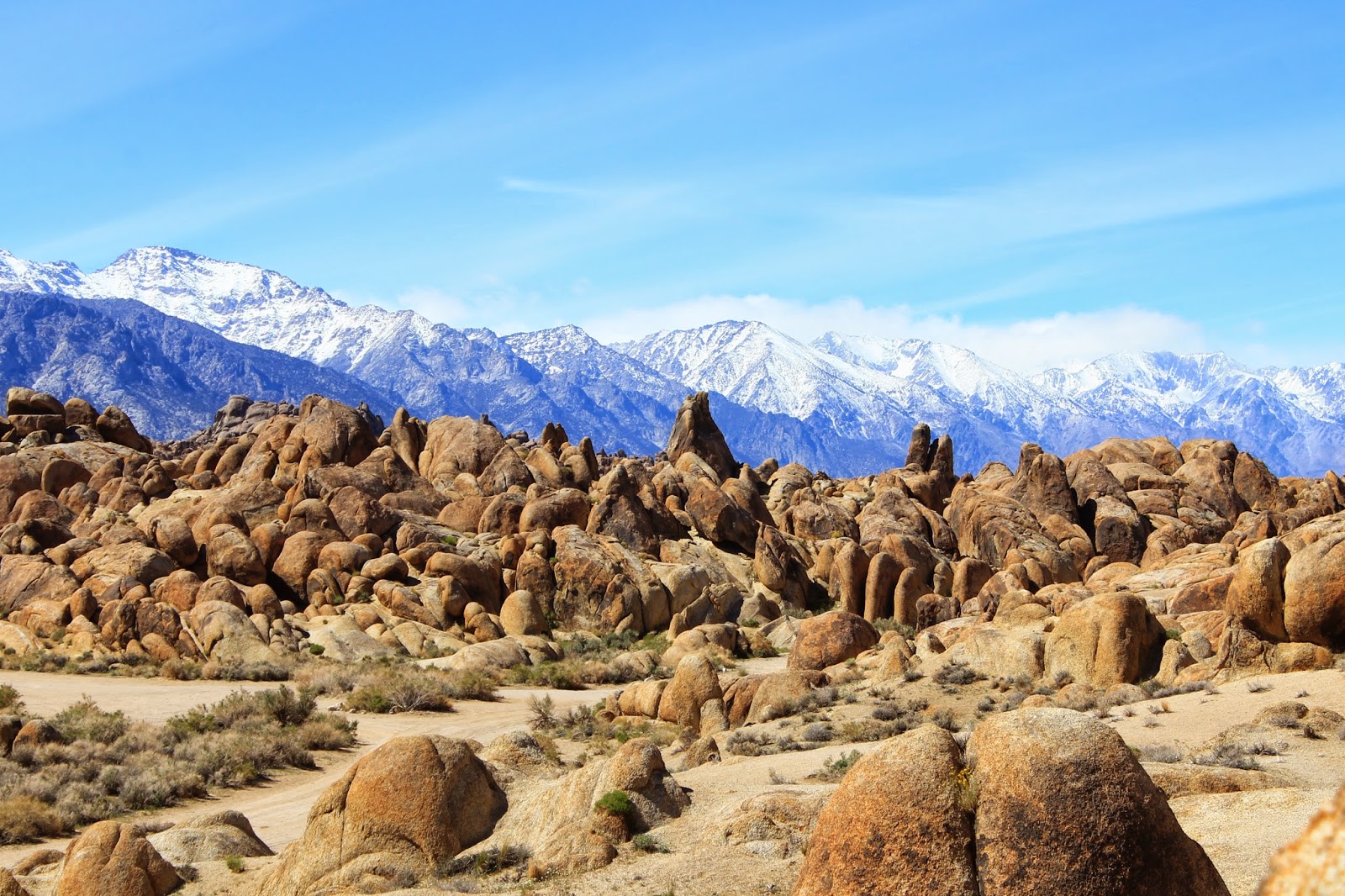 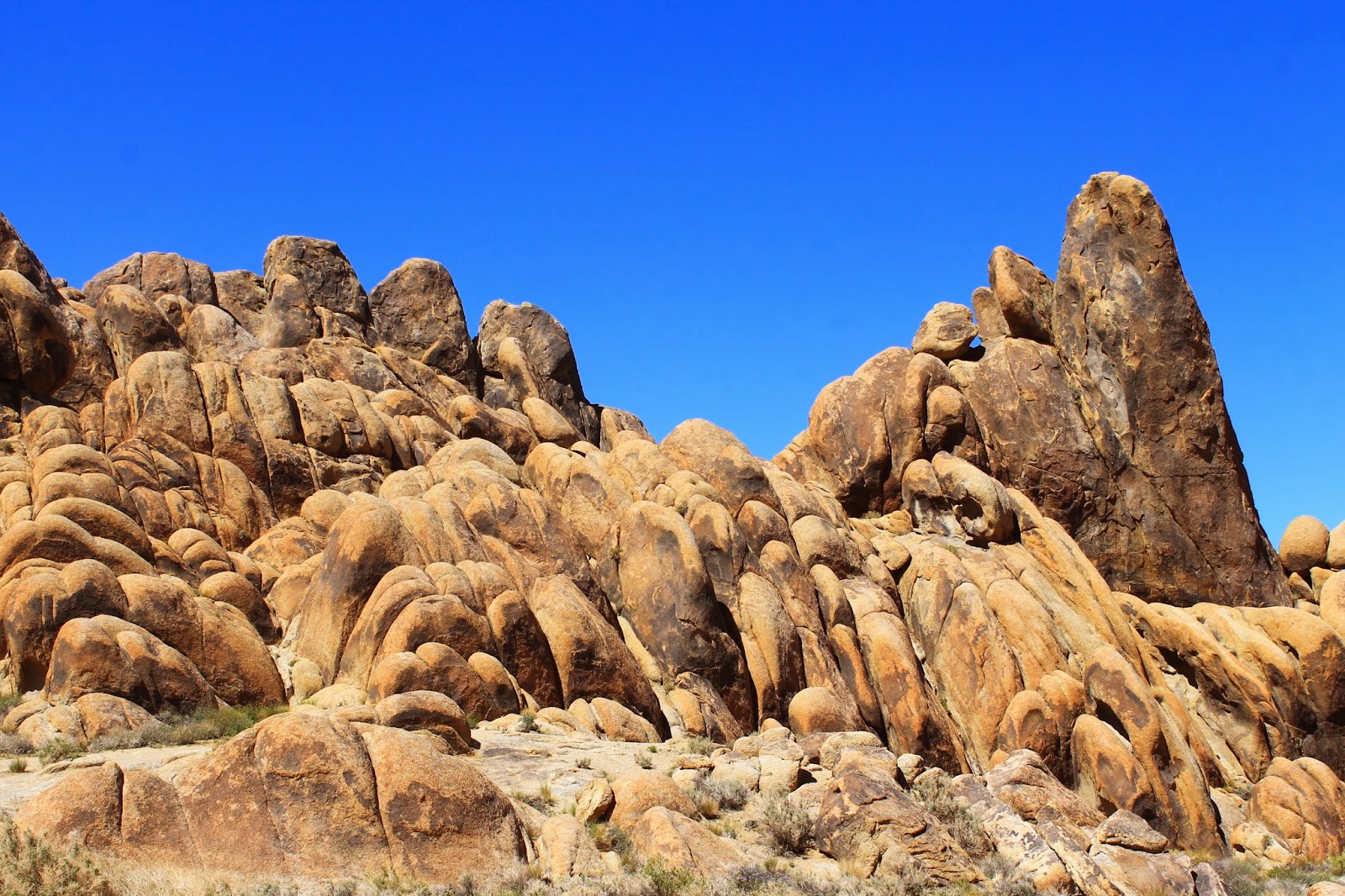 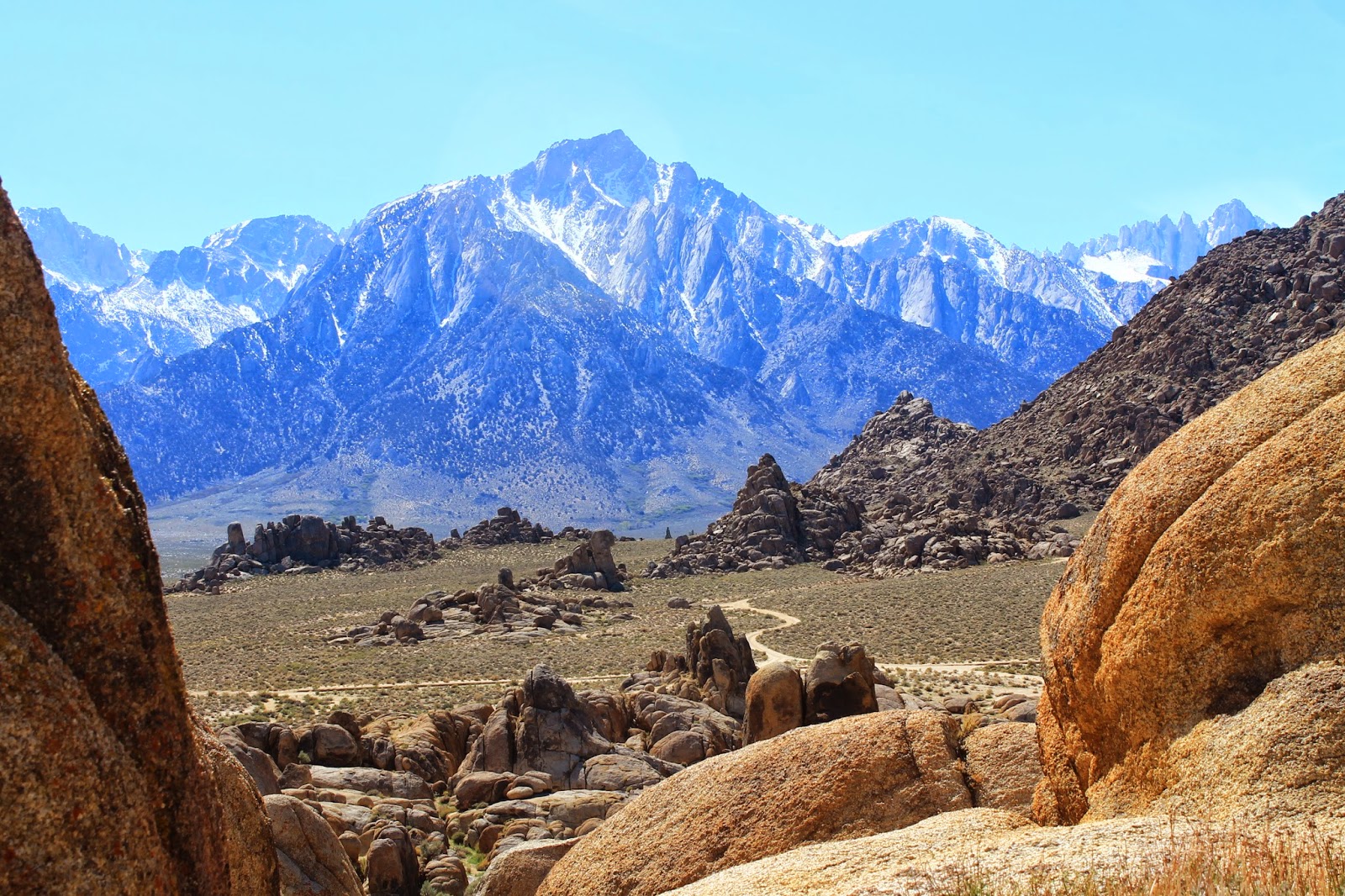 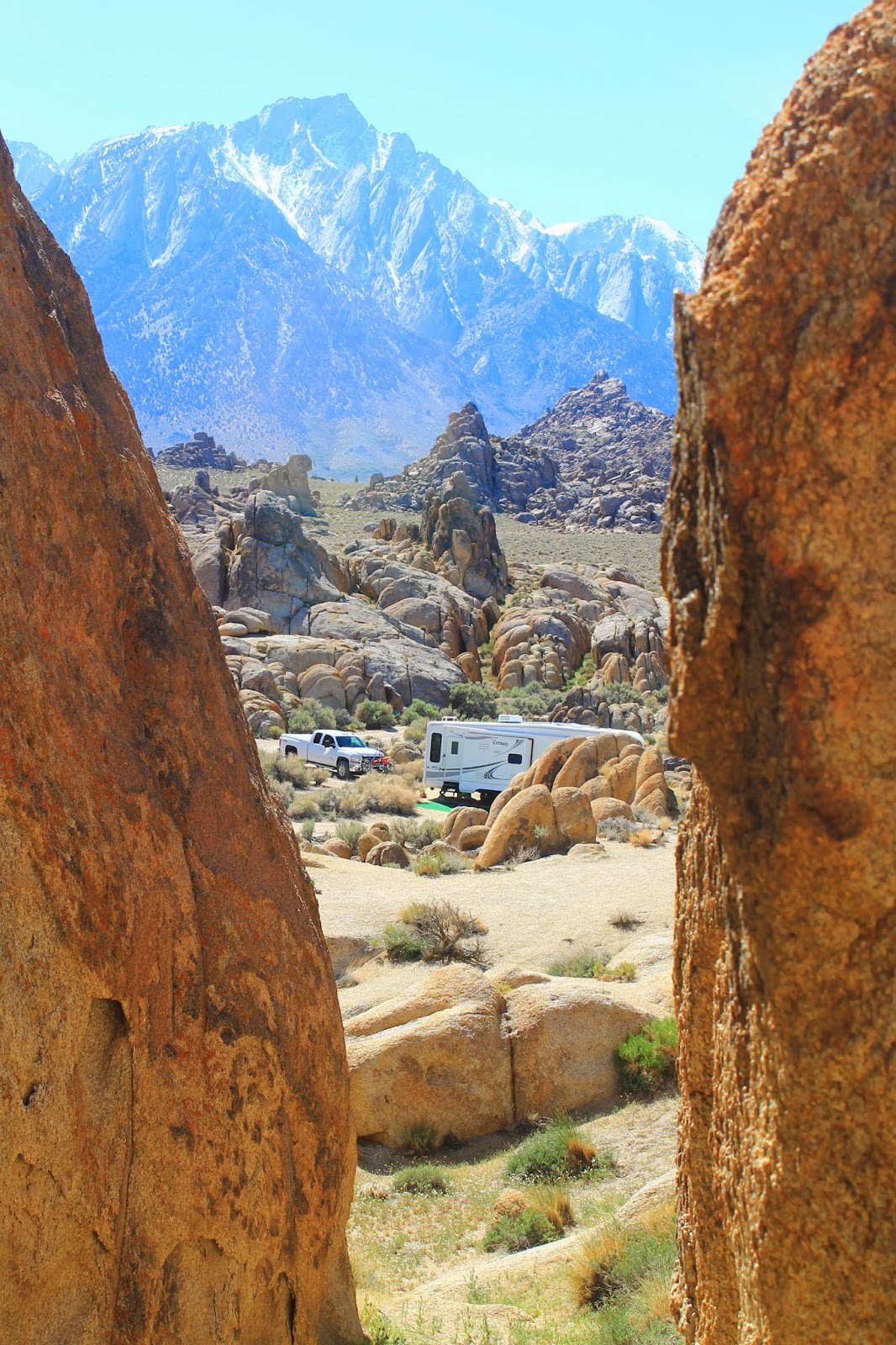 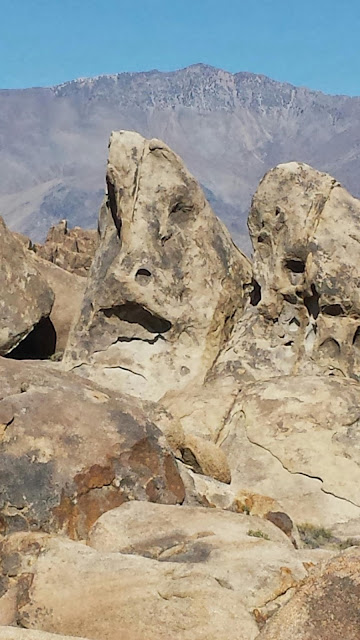 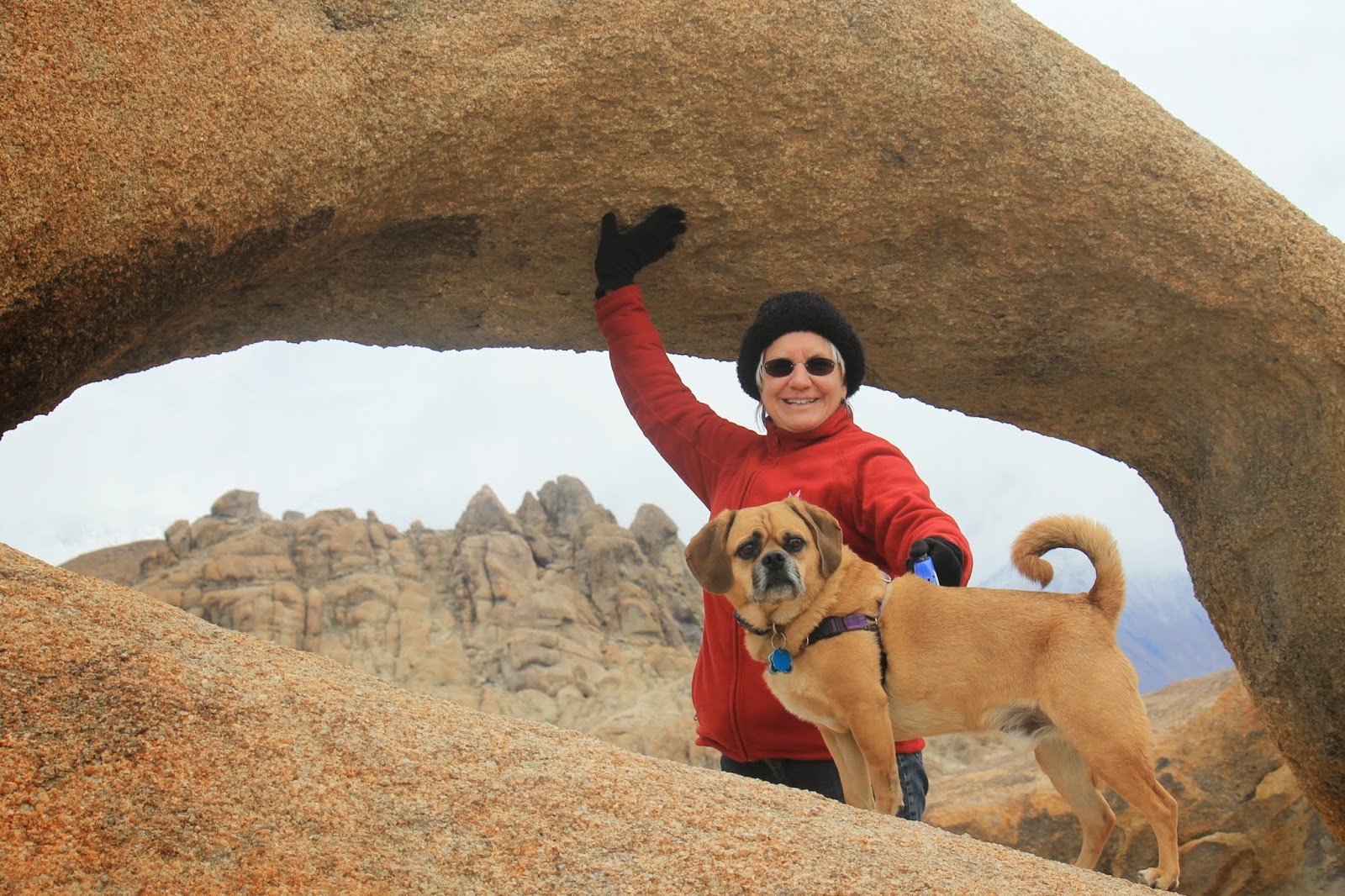 Posted by ClamPuddingPaddler at 11:00 AM