Back in the early part of the 20th century, Los Angeles was growing like crazy, but they had a big problem--the city was located in a desert.  To continue their growth the city needed water, so they looked north to the Owens River.  The Owens River drains the entire Eastern side of the Sierras, nearly 200 miles long. Los Angeles began quietly buying up land and water rights in the Owens Valley until they were able to legally build an aqueduct and in 1924 divert all the water from the Owens River to Southern California.  In the 1800s, Owens Lake was NINETY FEET DEEP.  This is what it looks like today: 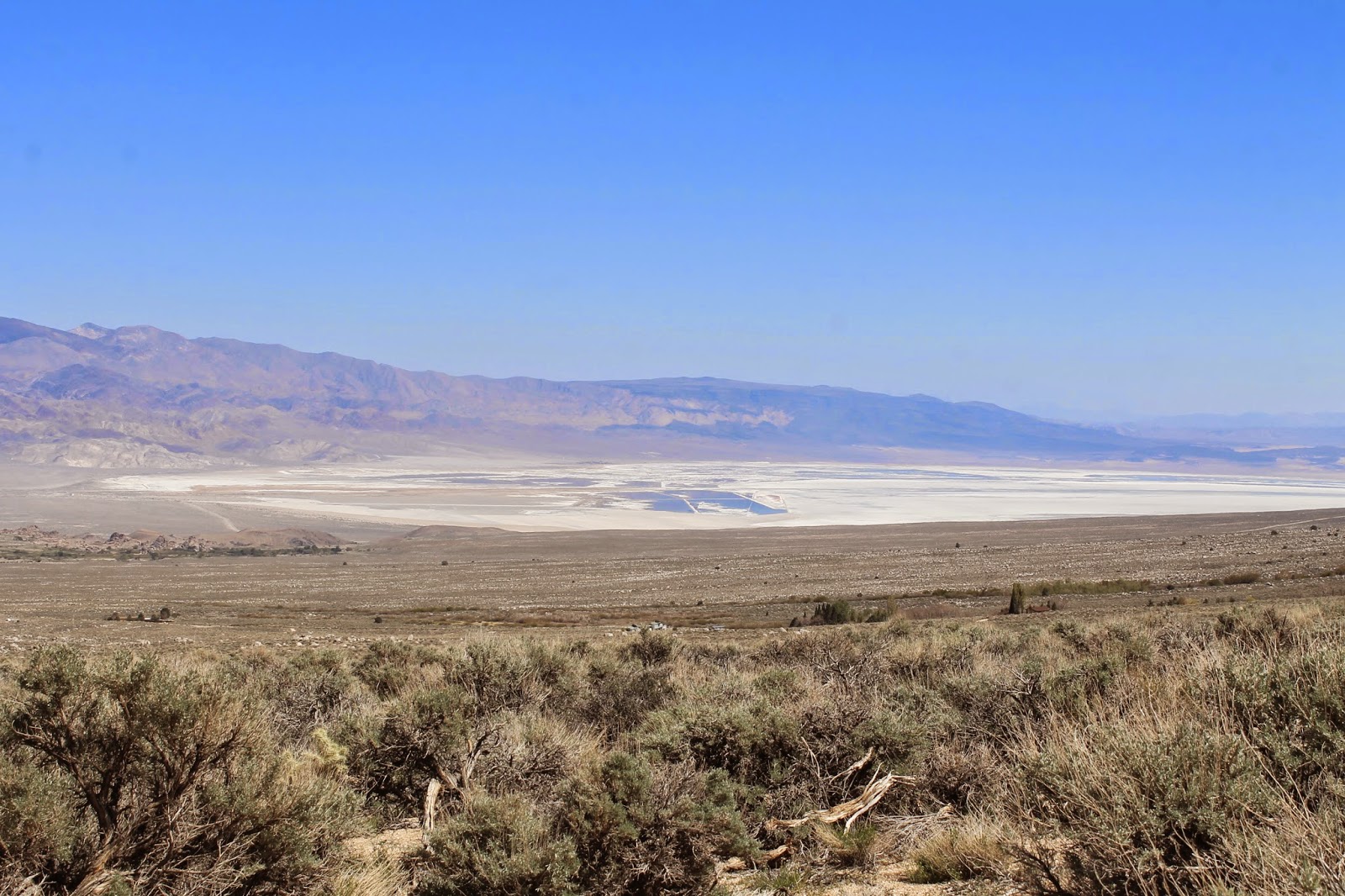 The lake is essentially a dry salt flat that blows toxic dust containing heavy metals as far as Utah. It is the largest single source of dust pollution in the country. The little bit of blue you see in the middle of the picture is the paltry amount of water that the courts just recently FORCED the city to allow to flow down to the lake to try to mitigate some of the toxic dust and rebuild some wetlands.  The Owens Valley is basically a place people drive through to get to Lake Tahoe from Los Angeles, but one wonders what the valley would be like if it still had its water.

Posted by ClamPuddingPaddler at 11:01 PM