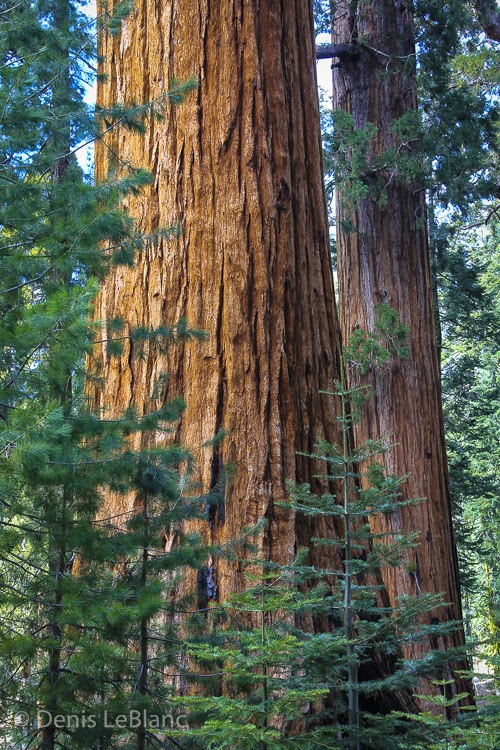 In 1864, when Lincoln made the land grant creating what would become the first national park, the grant included the Yosemite Valley and the Mariposa Grove of giant Sequoias.  At the time, the giant redwoods were being cut down to make grape stakes, charcoal and pencils (the wood was not good for building, unlike that of the coastal redwoods).  Luckily, as many as 65% of the giant sequoias that had survived into the European settlement era were eventually saved in Sequoia, Kings Canyon and Yosemite National Parks.


Mariposa Grove is the largest grove of these magnificent trees in Yosemite. There are about 500 giant redwoods scattered across a couple square miles in this grove and many of them are simply amazing.  These are the largest trees in the world, measured by bulk, and some of the oldest (1,800 to 2,400 years old).  The coastal redwoods are taller and other trees are bigger around, but these trees take on a unique nobility of form and color as they pass about 200 year old. The lowest branches are usually quite high and the tops lose their pointed “evergreen” look and develop great character.  Wandering in a grove of these trees is humbling.

Posted by ClamPuddingPaddler at 11:34 AM